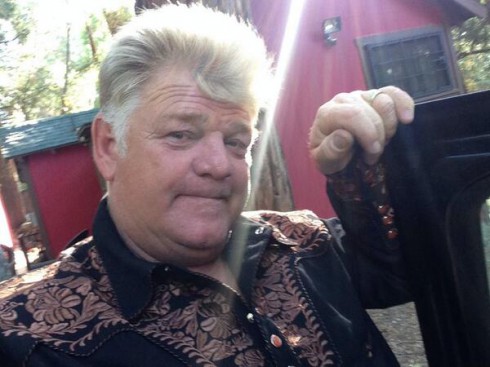 Storage Wars‘ Dan Dotson underwent emergency surgery on Tuesday after suffering two aneurysms, including one in his head. The famous auctioneer’s current condition is unknown, but he appears to be beating the small survival odds doctors gave him earlier this week.

Wife Laura Dotson told TMZ Dan began acting strangely in his sleep on Monday night. When he woke in the morning, Dan complained about having double vision and said he didn’t feel well. After sleeping for a few more hours, Dan woke to take a shower and collapsed.

Laura said her husband began turning blue. She had to follow the 911 operator’s directions to administer CPR.

When emergency responders arrived, Dan was rushed to the hospital. Doctors discovered he suffered one aneurysm behind his eye and a larger one in his neck. His chances at survival were placed at between 4 and 20 percent — but he’s proven to be a fighter.

@DarrellGambler @auctionguydan Thank you for all the love & prayers! Danny made it through a difficult surgery! Now on the road to recovery!

Our thoughts go to the Dotson family… Wishing Dan a speedy and thorough recovery.