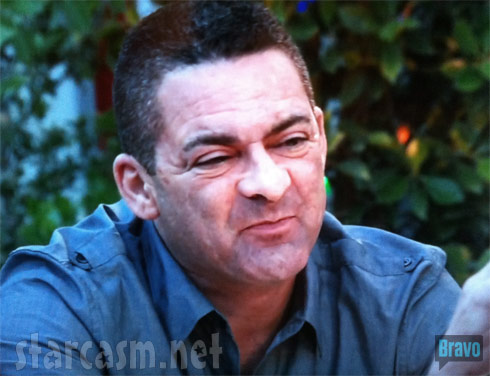 There was a lot of fanfare in tonight’s episode of The Real Housewives of Beverly Hills as Lisa Vanderpump celebrated her daughter Pandora’s engagement with a lavish party at family friend Mohamed Hadid’s mansion that included a living (floundering) mermaid, belly dancers, spray tattoos and an indoor Moroccan tent. But, the real fanfare was happening across town as Kim Richards had a quiet dinner with… HER BOYFRIEND!

That’s right, Kim has herself a man – and apparently it’s been going on for some time! During the dinner, Kim unveiled Ken and says they have been dating more than a year! (And that was at the time the scene was shot!)

Kim and Ken (awwwwww!) talked about their relationship and how they’ve managed to remain under the radar not only with the press but with Kim’s friends and family (and castmates?) as well. She goes on to talk about how they met, which was apparently while Kim was “walking in her neighborhood, and he was standing at her mailbox.” In a girlishly excited (and Kimishly confusing) way, Kim adds that she’d seen him “a little bit, but not much.”

In regards to outing themselves to Kim’s family, Ken says his plan is to speak little and “vibe a lot,” but Kim disagrees and wanted him to be his usual, outspoken self so they could see how “loving, caring, smart, and handsome” he is.

As far as actual information on Ken, the episode didn’t really reveal anything other than he is from the “backroads,” whatever that means. My guess is that the headlines tomorrow will read that Kim is dating her mailman.

UPDATE – We have more information on Ken! We can start with the fact that his full name is Kenneth Blumenfeld. Ken Blumenfeld is a stockbroker / financial adviser from Westlake, California. He appears to have at least a couple of daughters and, as many commenters pointed out, still wears a wedding ring. Here’s a screencap from the episode in which you can clearly see the ring: 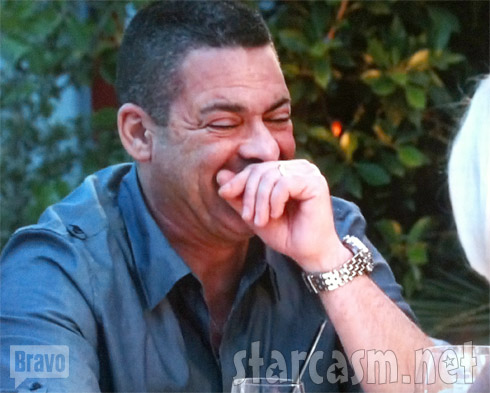 From what we can gather, Ken divorced his wife and the ring is actually a promise ring. (We’re not sure yet if it’s from Kim or not.)

As far as the mailbox story goes, Ken is apparently Kim’s next door neighbor, so that clears all that up!

Ken Blumenfeld has a Facebook page that includes photos with Kim Richards from as far back as seven months ago. Here he is posing with Kim in a photo he captioned “MY SPECIAL LADY:” 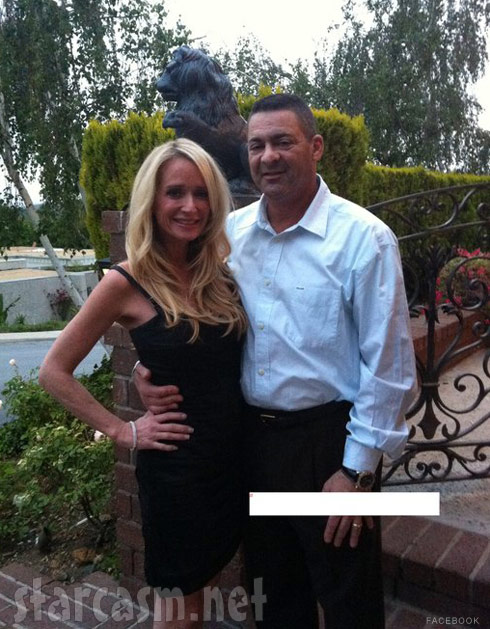 And here’s another shot of the two, and I have to admit they do look very happy together, albeit in a spiraling blur kinda way: 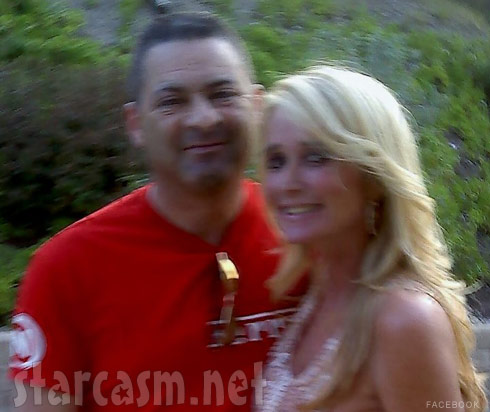 There are also lots of photos of Kim and Ken filming together in Hawaii back in June for the current season of The Real Housewives of Beverly Hills over at The Daily Mail. (Back before anyone knew who he was or that Kim was dating him.)

Do you know anything about Ken? Then drop us a line at starcasmtips (at) yahoo.com or leave a comment below!

Either way, good for Kim! Let’s hope this relationship turns out better than some of the others in her past, especially with her former fiance and murder victim John Collett.