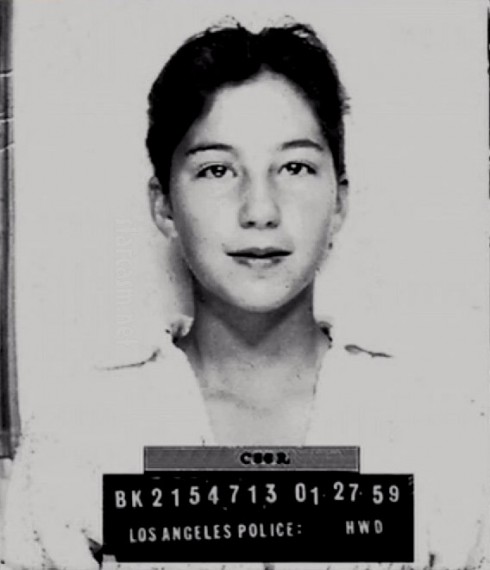 Last night, living legend Cher and her mother Georgia Holt sat down with Jay Leno as they discussed some of the growing up moments from the star’s youth.

One particular anecdote got a rise out of Cher as Jay brought up the fact that she was arrested at age 13 for stealing a car. Both Cher and her mom quickly corrected him, letting Leno know it was a little more complicated than that.

Here’s the funny clip in which Leno busted out the above vintage mug shot of Cher at age 13.

Cher, after pointing out that she learned to drive at age 11, said of that evening:

“This one night I was with my girlfriends and their boyfriend and we were outside this bowling alley and he said, ‘Cher I know you can drive. I have to go in here and do something will you just stay outside and keep the car running.’ We were out there forever and people were honking and I kept having to move it and I kept getting bigger circles and then I left the parking lot and then I thought, ‘We could go to a drive in,’ and then the police came.”

Cher then complimented her mom for being very understanding at having received a phone call at 3:30 in the morning about her daughter being at the police station. Cher added that she was the kind of mom who would, “beat you to death if you dropped a gum wrapper on the ground.”