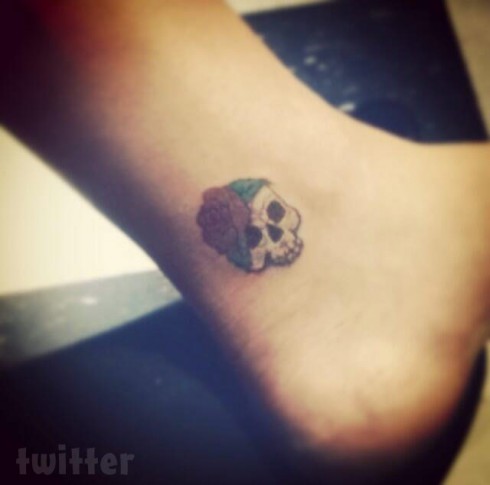 If I had bet money on which of the Teen Mom 2 ladies would be the last to get a skull tattoo I would have just lost a fortune as my sure-fire bet Chelsea Houska revealed Friday night that she has joined the ranks of the skull-inked alongside Jenelle Evans and Kailyn Lowry by sharing the above photo preceded by the tweet, “Gotta cute little tattoo tonight and I lalalalooove it #sorrydad”

The “cute little tattoo” features a small skull sporting (what else?) a skull cap and a large red flower. It appears to be on the inside of her left ankle, but I could be wrong about that.

After sharing her excitement, and apologies to Dr. Randy, Chelsea gave some props in the form of a shout-out tweet to the artist. “Thank you very much to The Tattoo Shoppe in Sioux Falls,” she wrote.

Although most of them are often hidden or difficult to see, the little Chelsea Houskull joins a growing collection of tattoos for Chelsea, including “Blessed” in cursive on her wrist and a cursive “Love” on her hip. She also has a small red heart (that all of the Teen Mom 2 moms got) as well as a rather large floral tattoo on her neck (which is rarely seen due to being covered in amazing thick, curly tresses) (Yes, I have a Chelsea hair fetish!) 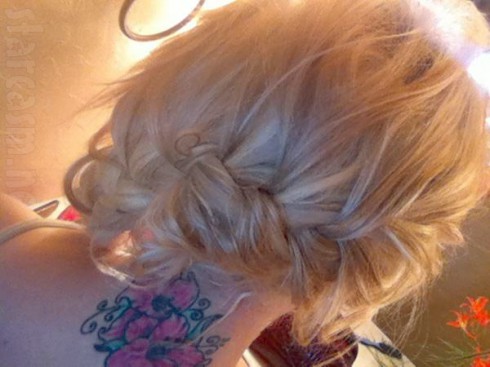 Chelsea’s Teen Mom 2 skullpanions include Jenelle Evans, who has a cartoonish skull with butterfly wings in the small of her back as well as a more elaborate one (complete with feather headdress) on her arm, and Kailyn Lowry, who has an intricate skull as part of her elaborate sleeve tattoo.

OK, it’s your turn Leah! Unless there’s a little skull somewhere we don’t know about! 😉

Nathan Griffith says ex Jessica attacked him often, once ‘kicked me in the privates and caused my penis to bleed’