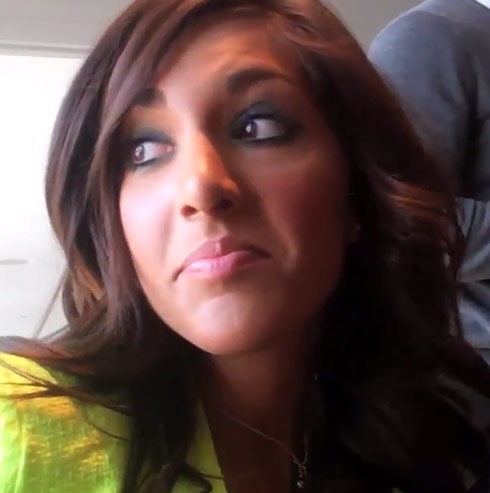 Farrah Abraham has sounded off at some of her co-stars on the Teen Mom, Teen Mom 2 and 16 & Pregnant shows after she was asked about comments Jenelle Evans made in regards to her plastic surgery.

A while back Jenelle expressed her opinion via her Sulia account about Farrah’s surgeries even though Evans has had her own enhancements. She wrote:

Only 21 years old and went under 3 plastic surgeries already?! That’s insane if you ask me!

RumorFix asked Farrah about this and she didn’t shy away from a response or putting fellow sisters in her exclusive reality sorority on blast. Here’s the clip:

In case you are in a video unfriendly watching area here is what Farrah said:

Oh really? Because she got a boob job after I did. I’m not surprised. There are lots of teen mothers on MTV who are very not intelligent and I’m one of them who really works hard, really educates myself and really cares about people. And lots of the time they call me a b!tch or act like my friend. That’s normal I think. I think that’s what the world has become and it’s just not in my life.

Oh snap! I understand that Farrah was earnest about Jenelle’s direct statement but she lumped other stars of the shows in as well. What do you think about Farrah’s comments and who do you think she was referring to other than Evans?