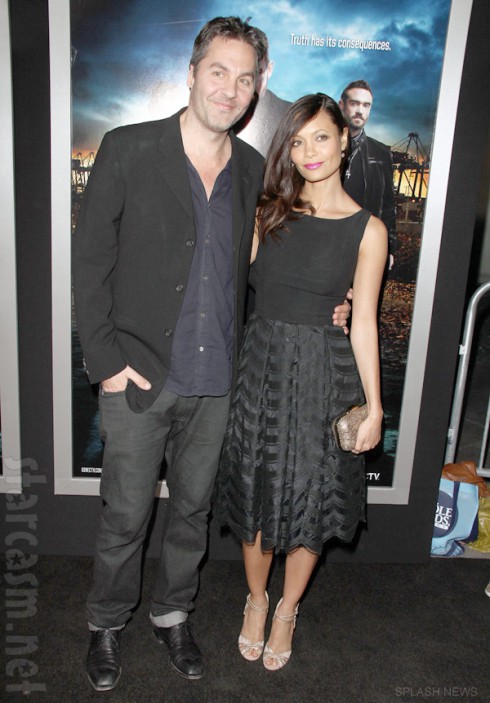 Thandie Newton (Jefferson in Paris, Beloved, Crash, ER) is currently pregnant for the third time with her husband of 15 years, writer-director Ol Parker, seen above with Thandie at the Rogue Los Angeles premiere in March. The 40-year-old actress revealed the big news in an interview with ET Canada earlier today while promoting her film Half of a Yellow Sun at the Toronto International Film Festival. According to the site, “the actress tells us it is a blessing and can’t wait until her new miracle is born in March.”

The new addition to the family will join older sisters Ripley, 13, and Nico, 8. 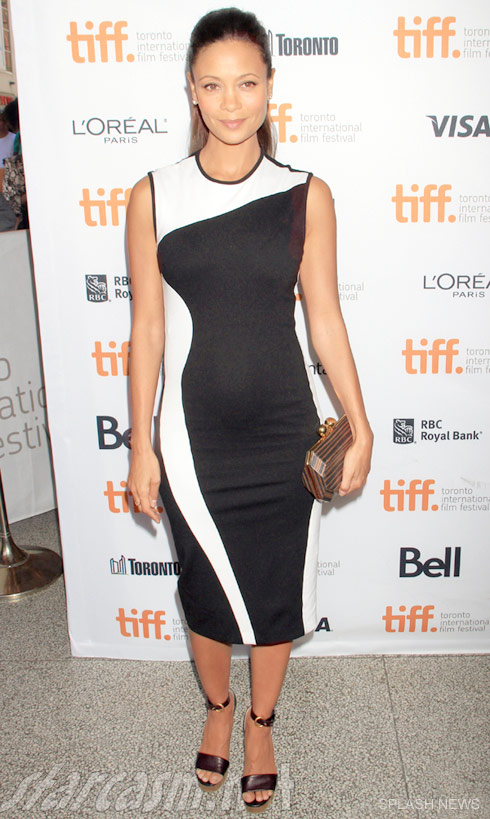 Thandie (which is pronounced TAN-dee in English, by the way) showed off her itty bitty baby bump at the TIFF premiere of Half of a Yellow Sun today (above) wearing a rather tight sleeveless black and white Stella McCartney wave colorblock long sheath dress. (Click to link to get your own from Bergdorf Goodman!)

Thandie talked about parenting her two daughters with ET Canada, saying she tries to make them feel powerful, “by feeling like that yourself. They look at you. You’re defining yourself in so many ways.”

Congratulations to the couple! I’ve always been a big fan of Thandie’s and am overjoyed to know she and Ol are going to be expanding their family. 🙂