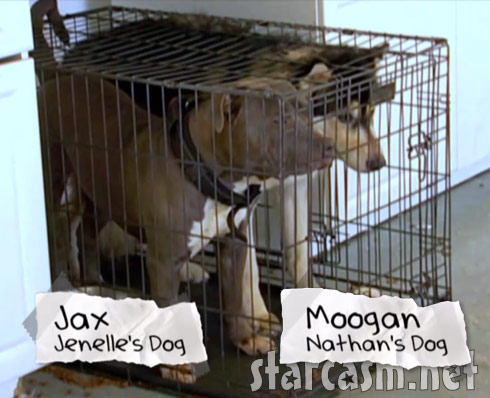 Last week’s episode of Teen Mom 2 featured some disturbing scenes in which Jenelle Evans was seen taking out her anger and frustration on her dog Mugen (MTV spelled the name “Moogan”), who was being kept in a small cage along with Jenelle’s other dog, a pit bull named Jax. The scenes warranted a message from MTV at the end of the episode about animal abuse with a link to the Humane Society’s website as well as a video from Jenelle apologizing for the incident and explaining that she was under a great deal of stress because her boyfriend Nathan was in jail, she was pregnant and taking care of Jace.

After watching the episode, many viewers contacted PETA (People for the Ethical Treatment of Animals) about the scenes, and the organization’s Project Manager of Animals in Film and Television, Merrilee Burke, penned a lengthy letter to Jenelle about the incident that included a link to a poster that I have inserted into the letter:

I’m writing to you today from PETA, the world’s largest animal rights organization, with more than 3 million members and supporters worldwide. We have been inundated with complaints from viewers about the treatment of your dogs as profiled on last night’s Teen Mom. Viewers can see that as much as you want to do the right thing for your dogs, you have so much going on in your life that you have neither the time nor the patience to give them what they need. They are full of feelings and needs, just as you are, and when you scream at them, it clearly frightens and upsets them. This poster [below] may help you see what we mean. We urge you to be strong and do what’s right: Please immediately make the commitment to finding them a new, suitable home where they are not kept in crates and punished and yelled at for relieving themselves. 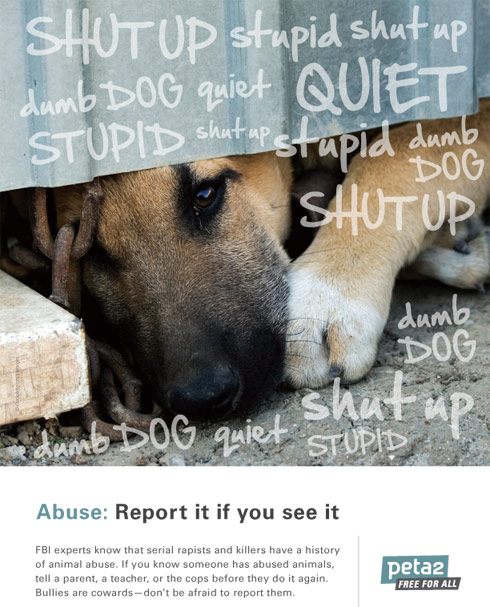 You may not have realized that keeping your dogs crated for long periods of time deprives them of everything that is natural and important to them. Dogs must be able to go outside to relieve themselves often and regularly, and they need space in which to walk, run, and stretch out. It appears that your dogs don’t even have enough space in their crates to stand up properly — in fact, they can barely turn around, let alone stretch out. Can you imagine what this must feel like? Dogs who are caged for extended periods of time usually end up aggressive, withdrawn, hyperactive, and/or severely depressed, and they can also develop other medical issues, such as muscle atrophy and coprophagia, meaning that they will eat their own waste in order to avoid lying in it.

Please understand that dogs are not toys or amusements or possessions just to have around. They are highly social pack animals, who crave the company of people and other dogs. They deserve to be taken for long walks, allowed to play in the park, and treated as valued family members, not inconveniences in a busy life. The Spartanburg Humane Society can find a more suitable home for these dogs, and PETA can help you if you wish by providing immediate transportation. For the dogs’ sake, please accept the humane society’s help. You will feel relieved and happy that you’ve been responsible and done right by them, rather than continuing in this way.

If you have any questions, please contact me at MerrileeB@peta.org or 323-210-2265. Thank you for your thoughtful consideration. We look forward to hearing from you.

Jenelle took to Twitter to respond to the letter and the poster with a poster of her own: 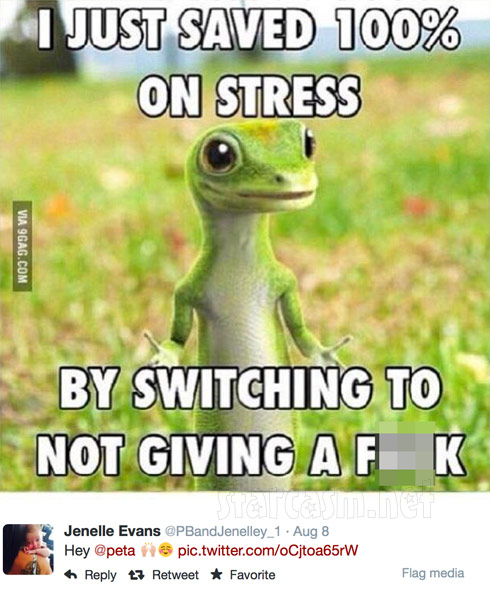 Jenelle’s was, of course, uncensored.

Meanwhile, Jenelle appears to be stepping up a little in the dog care department:

Jax and Mugen having a fun afternoon in the Dog Park. pic.twitter.com/UFwOICkYH4

Morning walk with the boys and the fur babies.