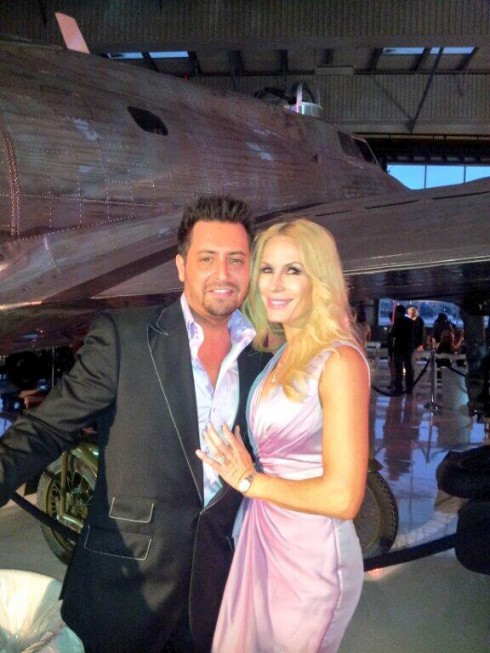 Peggy Tanous has just become a part of the bankrupt housewives club! Two years after starring in the sixth season of The Real Housewives of Orange County, the 43-year-old mother of two has filed for Chapter 7 bankruptcy — and she did so as a “divorced” woman?!?

On June 6, Celebuzz reported that Peggy has “declared Chapter 7 bankruptcy and lists her liabilities on the Summary of Schedules at $2.16 million — most of which include home loans and property taxes.” The site also claims that Peggy has an additional $70,000 in credit card claims and $10,000 for a book contract. 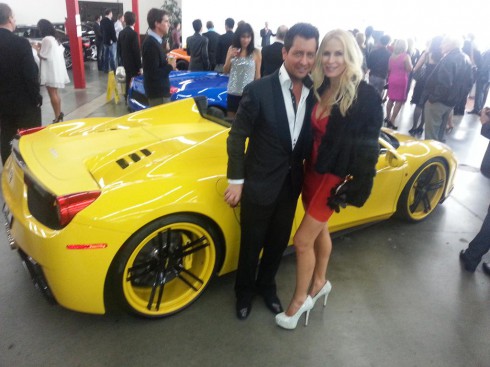 ^ Micah and Peggy Tanous posed with this car during a Christmas party in December. At the time, Peggy suggested Micah buy it for her as a Christmas gift.

In the original documents filed on March 7, Peggy listed her marital status as “divorced,” but in amended documents from April 11, she claimed to be “single.” But neither of those would appear to be the case if you follow Peggy on social media! Peggy is an active Twitter user and posts photos of her and her husband (?) regularly. Judging by her feed, they don’t appear to have ever been apart. In fact, she told a fan on May 21 that “being married is great!” 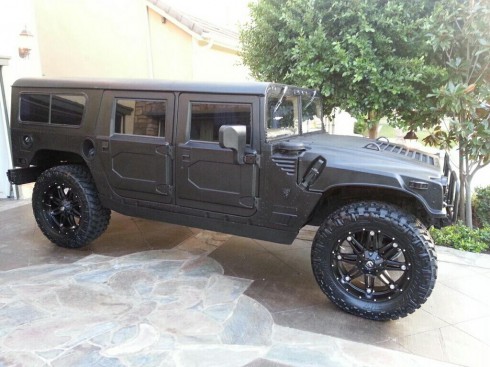 In addition to her odd relationship status in the documents, Peggy’s claims of bankruptcy seem to be generally contradictory to her way of life. According to social media, Peggy and Micah appear to be continuing to live as we saw them live on The Real Housewives of Orange County. Just weeks before Peggy’s filing, Micah tweeted about his new H1 (pictured above). “Having fun with my newest toy,” he wrote on February 28.

This isn’t the first time the Tanous’ have had money problems. Peggy and Micah faced foreclosure on their Irvine home in 2011. They later were able to modify their loan and save the home.

When Celebuzz contacted Peggy about the bankruptcy filing, she explained, “I bought a $500K rental property that was later worth $100K, bad investment, big deal.”

Did Tommie quit LHHATL like she says, or was she fired?