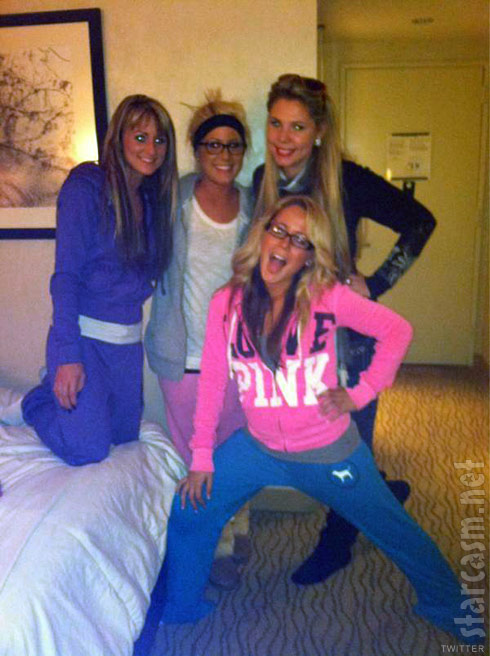 After months of speculation it appears that Teen Mom 2 will be returning for a fifth season! MTV has reportedly begun filming already, and according to a source close to production, “all four girls are coming back.”

The report comes from Radar Online, whose source also reveals that “each of the girls was told back as early as January that they were going to do season five, but they had to keep it a secret.”

Leah Calvert’s husband Jeremy Calvert raised suspicion on Tuesday when he tweeted, “@AshleyHomeStore very upset with the customer service and sales reps at your location in South Charleston, WV. Very poorly organized we thought we chose a better furniture store. @MTV will be in to film and @TM2LeahDawn and myself don’t have a bed! #sad”

A separate source for Radar Online who lives in Jenelle Evans’ home state of North Carolina tells the site “I saw Jenelle with her mother Barbara Evans, her son Jace and her new boyfriend Nathan at a restaurant with the camera crews and they were taping their lunch.”

Another insider reveals the girls have been given their in-car cameras again as well.

It appears that Leah, Kailyn, and Jenelle have all begun filming already with Chelsea Houska scheduled to begin filming again “in a week or so,” according to the source close to production.

Of MTV’s sure-to-be controversial decision to bring the show back, the source says, “There is always a ton of drama with these girls so they hope to capture that again.”