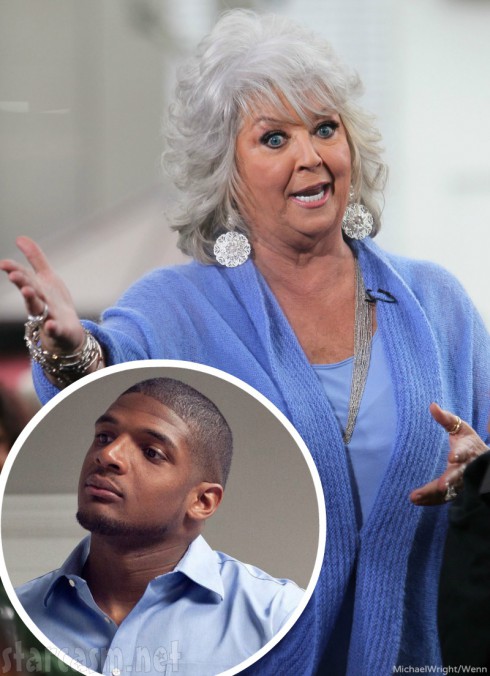 Paula Deen’s comeback is off on a rough start because of her questionable new comments on Michael Sam, a top NFL prospect who recently announced he’s gay. If and when he’s drafted, the University of Missouri student will be the first openly gay professional football player.

Since Paula’s comment was publicized, general reactions haven’t been positive.

“Apparently not only does she like the taste of full sticks of butter in her mouth, she clearly enjoys her own foot,” one person wrote online.

“I’m curious if it was a white football player who came out, she’d feel the need to mention his race in her comparison,” another mused. Others commented Paula should have learned Michael Sam’s name before making the comparison. 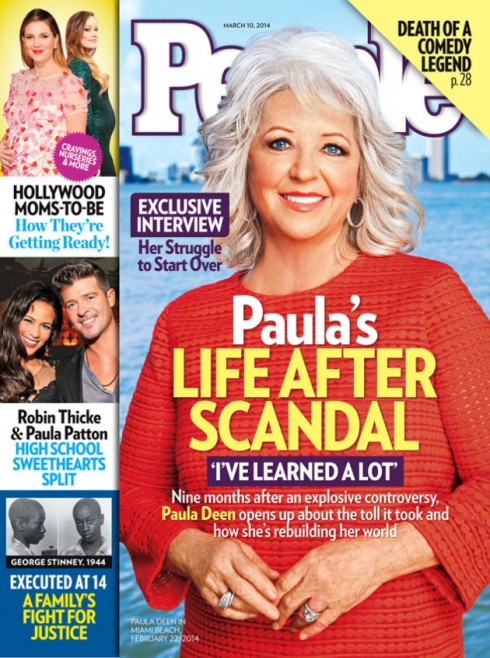 Paula’s in the position where she has to make a comeback because she admitted to using the N-word and reportedly asked an employee to dress up as Aunt Jemima.

“She thinks twice before telling a joke,” the People reporter said. “She doesn’t just spit out exactly what’s on her mind. She really does think about it, because she understands that words can hurt people, and she never intentionally means to hurt anybody.”