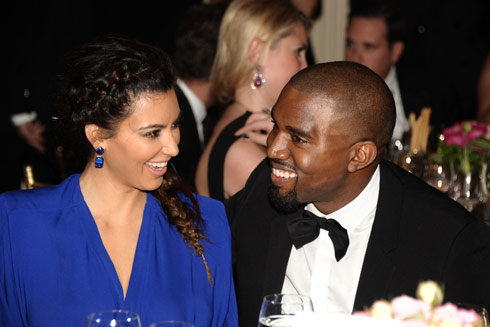 If at first you don’t succeed try, try again. This is apparently the marriage motto for Kim Kardashian as a source close to the star has told US that the reality mogul has serious plans with Kanye West once her divorce from Kris Humphries becomes finalized (yes, they’re still married).

“Kim thinks they’ll get engaged and try for a baby once the divorce is final. Kanye is actually being very patient.”

“After the backlash from ending her 72-day marriage with Kris, Kim would never get engaged until everything was properly handled,” said a friend. “There are no wedding plans, period. She and Kanye are taking their time. That’s the truth.”

Kanye’s thrown down about white dresses and Kim K. was later seen trying one on. Until another marriage happens and as long as this power couple stay together it looks like the rumor mill will be churning at full speed. There seems to be a never-ending supply of sources and close friends to feed the fire.