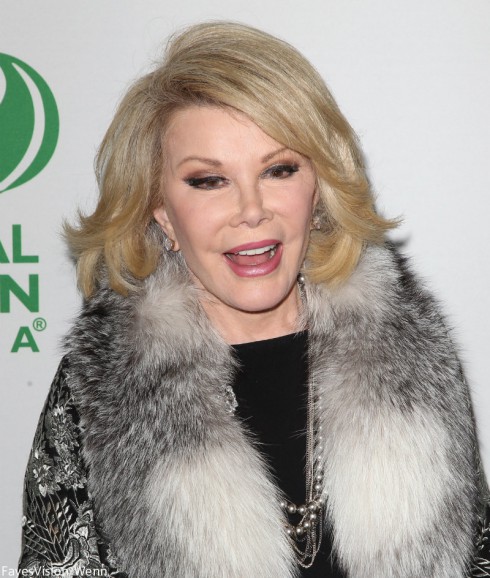 The New York Department of Health and Human Services has determined medical professionals at Yorkville Endoscopy “failed to identify deteriorating vital signs and provide timely intervention” when Joan Rivers went into hypoxic arrest during an Aug. 28 procedure. The comedienne died the following week.

– Joan was not weighed before receiving anesthesia
– A staff member said she accidentally inputted an excessive amount of Propofol and there were discrepancies about how much anesthesia was administered
– Joan’s personal doctor, Gwen Korovin, performed a laryngoscopy without prior authorization from the clinic
– Doctors didn’t respond to dropping oxygen levels in a timely manner

The NY Dept. of Health concluded Joan’s doctors failed “to ensure that patient care services are provided in a manner that protects the health and safety of all patients.”

Melissa Rivers, who hired a personal injury law firm last month to look into the case, said through her lawyers that she is “terribly disappointed to learn of the multiple failings on the part of medical personnel and the clinic.” The statement continued, “As any of us would be, Ms. Rivers is outraged by the misconduct and mismanagement now shown to have occurred before, during and after the procedure. Moving forward, Ms. Rivers will direct her efforts towards ensuring that what happened to her mother will not occur again with any other patient.”

Yorkville Endoscopy, which is still open and operating, also released a statement to say they are cooperating with investigators and have dismissed “the physicians involved in the direct care and treatment referenced in the report.”

Update on Bobbi Kristina: Amidst mixed reports, family member admits her status is ‘so confusing’