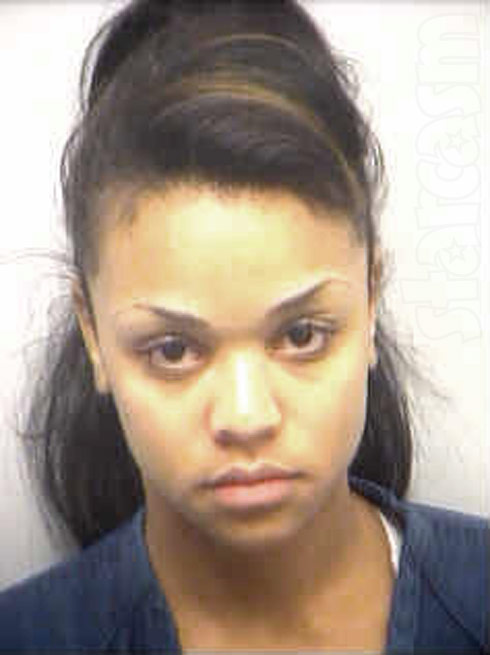 Love and Hip Hop Hollywood star Masika Tucker was introduced to us as a model and video vixen but it looks like she’s not always excited to be in front of the camera. In fact, Masika looks quite annoyed having her photo snapped for this pic when she was arrested for alleged shoplifting back in 2006.

According to online records, Masika was arrested on September 16 for alleged theft by shoplifting. She was released three days later, and her bond was set at $4,000.

This wasn’t Masika’s first time behind the police cameras. Just a month earlier on August 5, 2006, she was booked and released the same day for unknown charges. 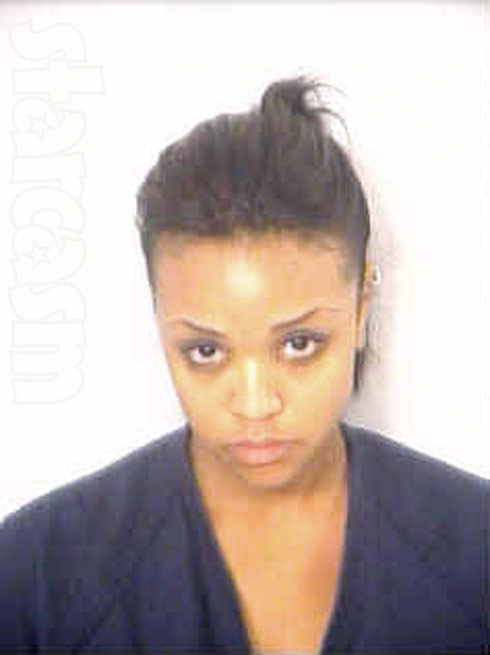 Since Masika has been making enemies left and right this season on Love and Hip Hop Hollywood, it was only a matter of time before her mug shots were exposed for all the world to see.

Someone decided to blast Masika’s mug shot on a billboard over Burbank Blvd with the caption, “T.H.O.T. WITH A MUG SHOT.”

Current #1 enemy Hazel E posted this pic of the billboard: 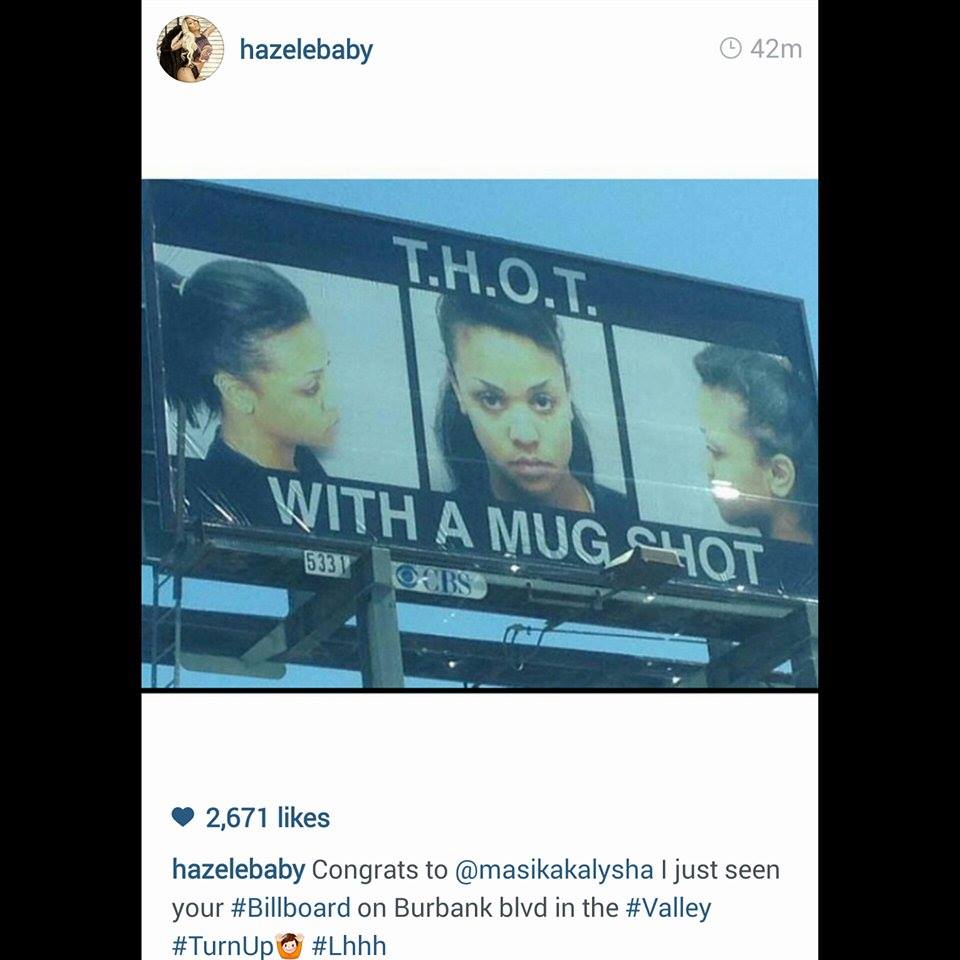 But, Masika doesn’t blame Hazel. She believes Nikki Mudarris is behind this and replied with the following message,

@missnikkiibaby is so consumed by jealousy that she swiped daddy’s credit card to rent a billboard for me. I’m flattered… Yes I was arrested in 2006 for a few hours with a group of seven other kids from my school. But when you’re 18 with nothing to your name, on your own, living in and out of hotels with your car trying to work three jobs, pay tuition and make something of yourself while holding onto your integrity, you might hit a few bumps on the road.

While no one has stepped forward to take ownership of Masika’s mug shot billboard, Nikki tweeted:

Hmmmm….. Do you think Nikki did it?