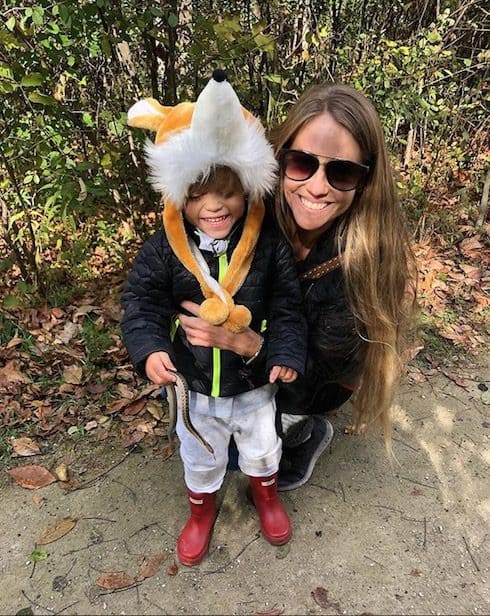 One of the most stressful (and high-profile) battles of Nicole Curtis’ life has finally come to a close. The latest Nicole Curtis custody update features good news for the Rehab Addict star, who has reached a settlement with her baby daddy Shane Maguire over custody of their three-year-old son Harper. But even their agreement didn’t come without a fair bit of drama, as Shane tried to use Nicole’s surprise move to California against her.

As we reported previously, things between Nicole and Shane had been “better” for some time, but never stopped being tense. In fact, late last year — near the height of Nicole and Shane’s courtroom drama — Nicole took to social media to report she’d been having “pretty intense” anxiety attacks.

Terms of the Nicole Curtis custody agreement favor both sides

But the legal battle appears to be over for good. According to a recent report by The Blast, Nicole and Shane managed to avoid another trial “by submitting their deal to the court” before it could begin.

As far as the financial side of things, the deal requires Nicole to create a $250,000 trust for Harper — which Shane “will then be allowed to use…to purchase a condo within 25 miles of Curtis’ home” in southern California. Shane has to repay the money by the time Harper turns nineteen, so he’s got about sixteen years to come up with the six-figure sum.

Why did Nicole Curtis move to California?

That last point seems to be a surprise for some of Nicole’s fans, who’ve come to identify her with the Midwest. Nicole is a Michigan native, and every season of Rehab Addict has been set in the Midwest: either in Minnesota, Ohio, or Michigan. So Nicole’s move to California earlier this year raised a few questions among her many viewers.

Nicole’s move out West was a point of contention for Shane, who accused her of leaving Michigan in order to make it harder for him to see Harper. Shane argued in court documents that Nicole had a history of moving to avoid custody disputes, claiming that when her first son Ethan was young, Nicole took him to California from Michigan to get away from Ethan’s father, Steven Cimini.

And Shane further argued that Nicole had already done the same thing to him, moving from Minnesota back to Michigan shortly before Harper’s birth and forcing Shane to relocate his home and his business to be close to their son. Nicole counter-argued that Shane was being “significantly misleading” and called his request for increased custody “nothing more than a stunt…to create further havoc in this case.”

But earlier this year the two sides were able to reach an agreement to split parenting time between Los Angeles and Detroit. Hopefully, with the overall settlement in place, the biggest battle Nicole and Shane will wage is how to split parenting over Thanksgiving and Christmas 🙂

They say a picture is worth a thousand words, so I’ll let this one speak for itself and say how lucky I am to be surrounded with friends that do nothing but support me through life’s most difficult times