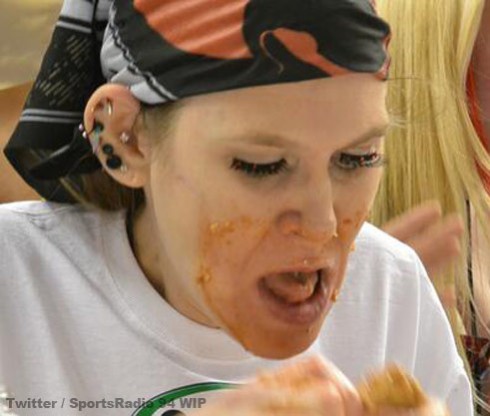 Nebraska mother-of-four Molly Schuyler devoured the competition today in Wing Bowl 22 by eating an absurd 363 wings in 30 minutes. Her eat-feat not only won her this year’s championship but broke the previous record set by world-renowned competitive eater Takeru Kobayashi.

For her incredible display of wing-pounding prowess the 5’7″ 125-pound native of Omaha raked in a delicious $22,000 top prize at the event held today at the Wells Fargo Center in Philadelphia. She told Philly.com, “I have car payments and kids, so it’s all good.”

Jason Kelce, an offensive lineman for the NFL’s Philadelphia Eagles, entered the competition and managed a mere 65 wings. 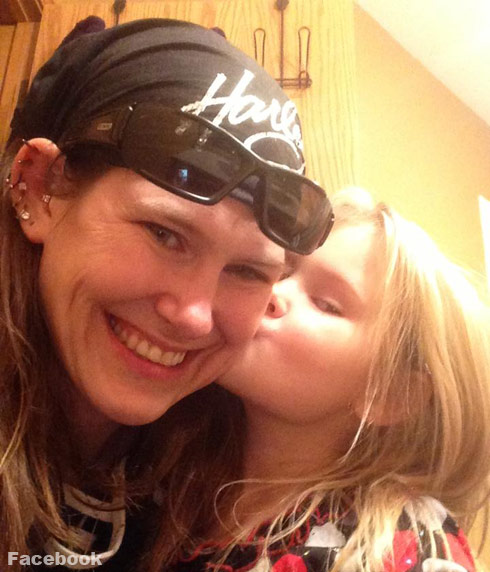 Schuyler recently made headlines when she made mincemeat out of a 72-ounce steak in under 3 minutes. After scarfing down a 12-pound sandwich on a prior occasion she told KPTV, “(It’s) an unexplained phenomenon; I was just born that way. I started doing this about a year ago, and I guess it’s like a stupid human trick.”

Molly’s next stop is Des Moines, Iowa to compete in the IHOP Pancake Bowl I on Saturday, followed up by a defense of her title later Saturday afternoon at the Blue Ribbon Bacon Festival.

What’s on the Wahlburgers menu?