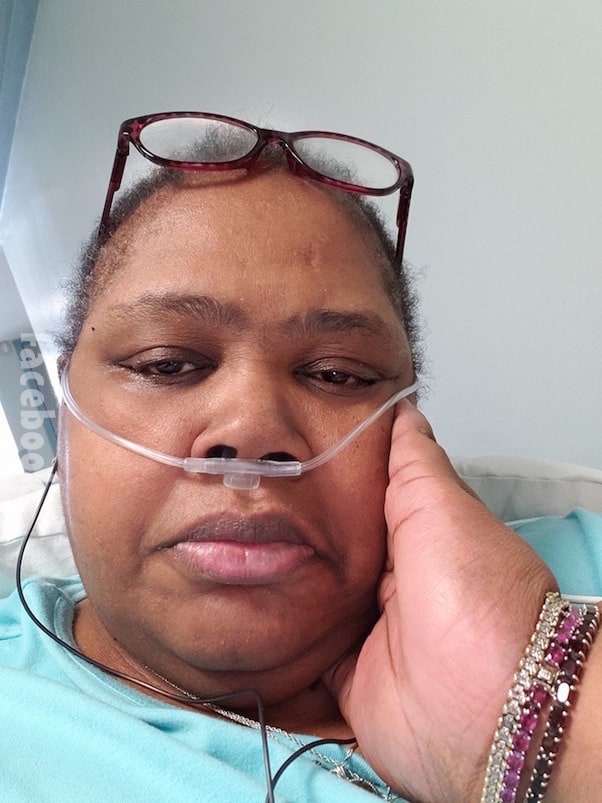 It’s a great My 600 Lb Life Teretha update for the always-positive Season 4 star! Teretha Hollis-Neely, who recently had to be hospitalized over an undisclosed ailment, revealed she’s back on the mend and has begun filming her second Where Are They Now episode. We’ve got plenty of new pics of Teretha, plus more info from the woman herself!

The hospitalization was just the latest hurdle Theretha found herself forced to overcome. Her weight loss journey has been anything but simple: though viewers first met her in 2016, Teretha had been bed-bound for two full years before her first episode began filming. And the Detroit native’s peak weight of more than 800 pounds made Teretha one of My 600 Lb Life‘s heaviest cast members at the time.

By the end of her debut, Teretha had lost almost half of that weight. She was all the way down to 461 pounds, and was walking with assistance. But by 2017, when her first Where Are They Now? episode aired, Teretha was back in bed — and gaining weight. It wasn’t until Dr. Now sent her to a rehab and physical therapy facility that Teretha broke out of her funk. Though viewers didn’t get to see her revised weight at the end of that episode, it was clear from her voluntary trips outside that Teretha’s mentality had changed.

Since then, every My 600 Lb Life Teretha update has come from the upbeat star’s regular social media postings. As we reported earlier this year, Teretha’s been dealing with knee problems of late. This past January, while at the doctor’s office for a scheduled cortisone shot in her right knee, Teretha discovered that she actually needed one in each leg.

“Went to get my cortisone shot in my right knee,” Teretha wrote. “But I brought to [my doctor’s] attention about my left leg, how I was being treated for cellulitis and how I was having extremely bad pain in the leg especially the knee. So long story short my left knee is in just as bad shape as my right!!!???so instead of 1 shot I got 2!!???.”

We also wrote that Teretha “confirmed she’s still under contract with TLC and Megalomedia” [My 600 Lb Life‘s production company), and was “considering [another] Where Are They Now episode.”

However, as of this My 600 Lb Life Teretha update, it looks like Teretha decided in favor of a second follow-up — and filming has been underway for a few weeks! In a post on July 18th, Teretha wrote, “1ST DAY OF ? IS DONE!” She didn’t qualify *exactly* what the camera emoji was supposed to signify, but Teretha’s comments were filled with fans wishing her good luck and saying that they were excited to watch the new episode when it airs.

It seems likely that Teretha’s new episode will deal partly with the fallout from her mystery hospitalization earlier this summer. A month before her filming update, Teretha shared a glum-looking selfie — the one at the top of the article above — along with a caption suggesting she was supposed to be in Texas filming for her new episode but was sick at home in Michigan.

“I should be on my flight to Houston today but nooooo my ass is sick in the damn hospital!!!” Teretha wrote. “Ok God PLEASE stop by here your child is in soooooo much pain!!????”

While she never explained exactly why she’d been hospitalized, Teretha shared several encouraging photos from her convalescence. And by the time she got out of the hospital on July 1st, Teretha appeared full of gratitude: 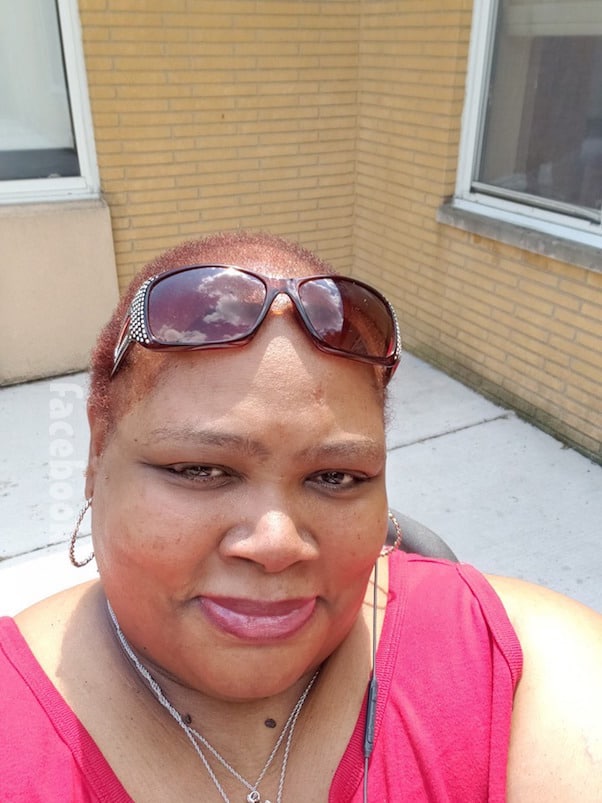 I THANK GOD FOR HIS GRACE & MERCY, TODAY IS THE 1st DAY THAT I FELT LIKE THESE ANTIBIOTICS IS DOING ITS JOB!! AFTER THERAPY I WENT OUTSIDE(LEGS WRAPPED & ALL) IN THAT 91° HEAT & SUN BUT IT FELT AWESOME.

A few days later, while visiting her physician for a follow-up appointment, Teretha took the opportunity to thank the group of EMTs who (presumably) helped her make the trip. In the accompanying photo’s caption, Teretha also suggested she’d be making the trip to Dr. Nowzaradan’s office very soon: 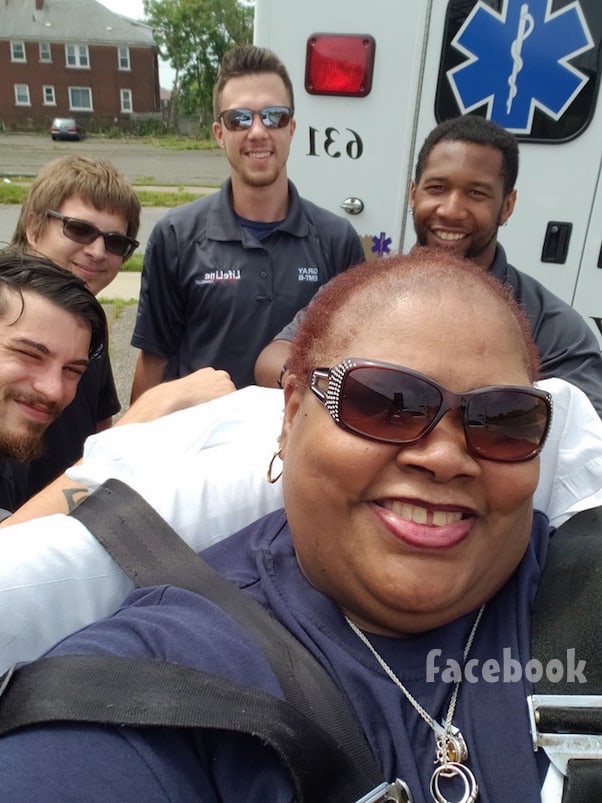 I went out to see my Primary Dr here in the D…Dr. Angee Roman I just love her and the icing on the cake was these very handsome gentleman….My EMT’S our CUTIE PIES!! I wish I could take them to Houston when I go see Dr.Now as my escorts!! ??? #Safetrip #Eyecandy #Goodvisit #TheytookGREATCAREofme

In the comments beneath that photo, Teretha responded to a question about when she’d be well enough to journey south by saying it would be “about a month” before she was “clean to travel.” If that timeline remains accurate, it would mean that filming for Teretha’s next Where Are They Now? episode began in Michigan, and not with her first visit to Dr. Now’s Houston office.

It also looks like Teretha has been working out on the regular, if this pic of herself bearing a pair of pink boxing gloves is any indication: 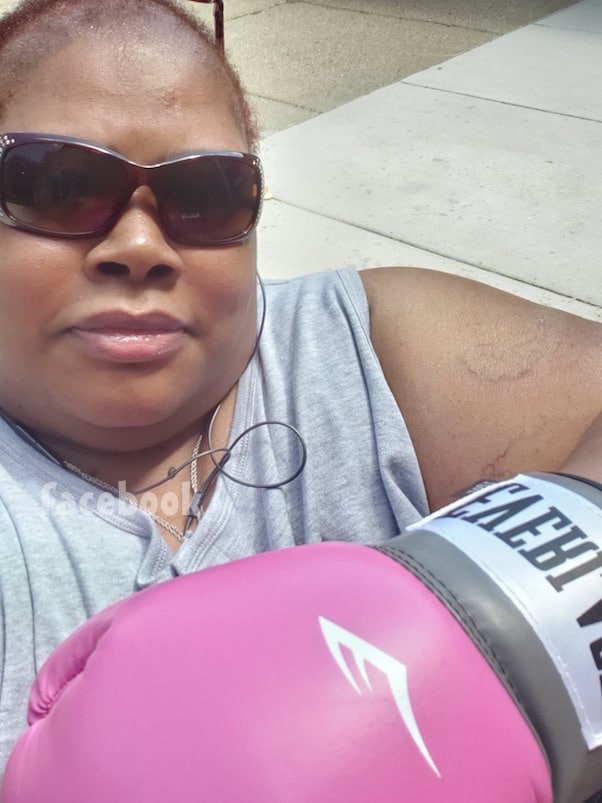 Finally, because My 600 Lb Life cast death rumors are remarkably persistent, we’ll close with something that should be obvious by now: Teretha Hollis-Neely is not dead. The woman found herself confronted with this very specific unpleasantness earlier this year, during a discussion in a My 600 Lb Life fan group. “No I’m still alive!!” Teretha said in response, and shared what was then one of her most recent new photos as proof: 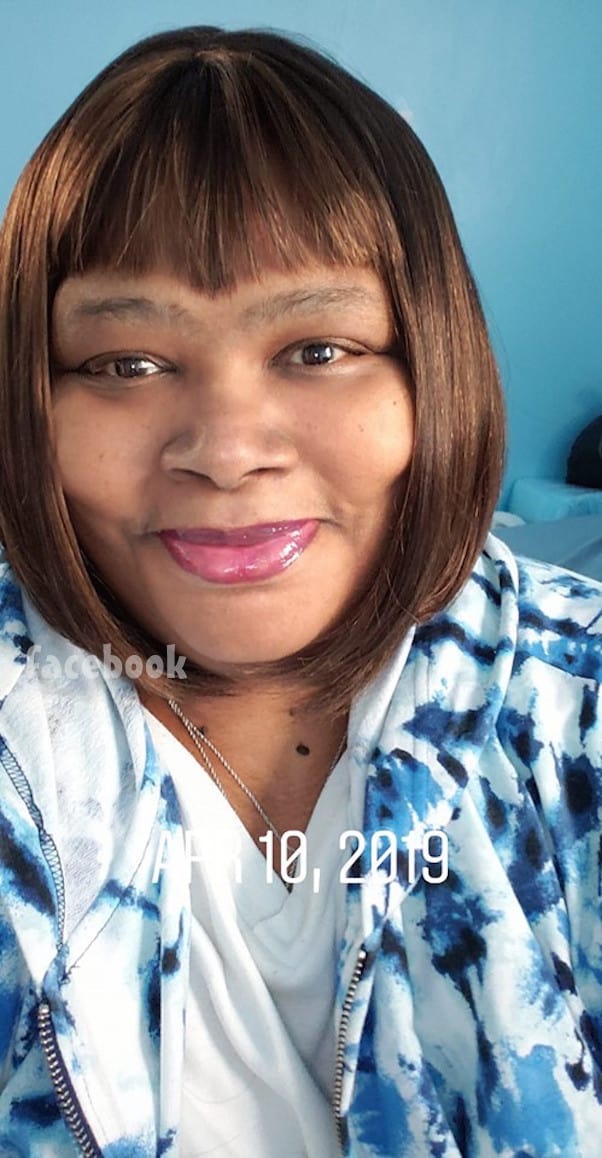 Until we get the next official My 600 Lb Life Teretha update, you can revisit both of her episodes on demand. Teretha’s 2016 My 600 Lb Life debut and 2017 Where Are They Now episode are both available for streaming via TLC. And Teretha’s oft-updated official Facebook page is right here.

PHOTOS My 600 Lb Life Travis update: How does the Season 8 star look today?