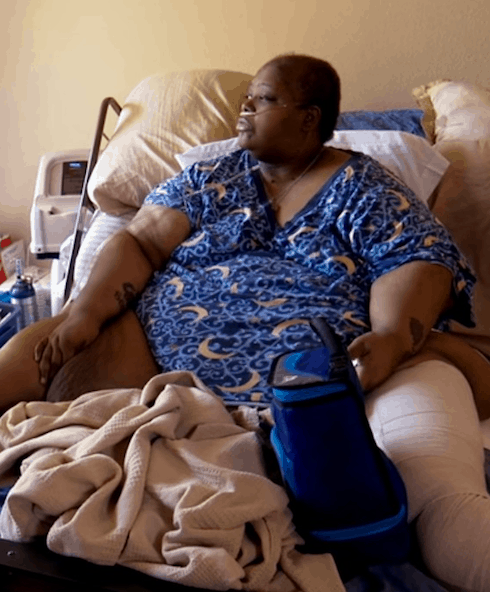 Teretha Hollis-Neely from My 600 Lb Life Season 4 started off as one of the heaviest participants in the show’s history. By the end of her Where Are They Now? episode Two years later, Teretha was walking on her own for the first time in ages. Now, we’ve learned that another My 600 Lb Life Teretha follow up may be in the works — and the latest photos of Teretha show her looking better than we’ve ever seen her.

Teretha, who made her My 600 Lb Life debut back in 2016, had been bedridden for over two years when viewers first met her. Her peak weight of over 800 pounds was one of the highest in the show’s history at that time. And the former program coordinator for Detroit’s City Healthy Eating Program was forced to admit that she used to follow lectures on using diet to avoid diabetes with fried chicken dinners.

“It’s been two years since I’ve been able to get up out of this bed,” Teretha acknowledged. “I am not OK not being able to go out. I mean, months go by and I don’t go outside. Hell — seasons change, and I don’t get to go outside.”

Teretha couldn’t remember the last time she’d weighed herself, but recalled that her weight at the time was 667 pounds. It took nine paramedics to lift her up and carry her from her bed to a waiting van for the 30-hour trip to Houston. And Teretha knew that life-threatening blood clots were a possibility during the trip. But the 47-year-old was determined to take one final stand against the health problems that had plagued her for years.

Though the initial leg of her weight loss journey was filled with setbacks, Teretha lost 210 pounds in her first four months. Ultimately, she did lose enough weight to undergo gastric sleeve surgery, meaning that though she still had intense food cravings, her stomach simply didn’t have the capacity to meet her heart’s demands. By the episode’s end, Teretha had gone from over 800 pounds to 461, and could even stand, albeit with help.

A year later, we got the first proper My 600 Lb Life Teretha follow up. Her 2017 Where Are They Now? episode found Teretha dealing with more setbacks. She’d actually gained back 30 pounds in a single month — and, despite tremendous strides, remained bedridden.

Teretha insisted that her mobility would improve if she could have an operation on the lymphedema in her legs. Dr. Now agreed that Teretha would benefit from the surgery; however, though the removal was a success, Teretha still refused to leave her bed, and had to be sent to a rehab facility.

It was there that Teretha finally got into her groove, at least physically. She began walking a little bit at a time, and started venturing outside to appreciate the world from her front porch. Surprisingly, though, Teretha’s final weight was not revealed at the end of her second episode, though she did look smaller than she had at 461 pounds a year earlier.

Followers of the My 600 Lb Life cast know that Teretha’s official page is one of the show’s most active. The relentlessly positive Teretha often updates daily, sometimes even several times a day, always offering faith-based encouragement and news of her own weight loss journey to her 3,000+ followers. So it’s there that we’ll begin the update portion of our My 600 Lb Life Teretha follow up, with the unfortunate news that Teretha has been in and out of physical therapy centers over the past few weeks owing to cellulitis issues.

According to Teretha, she’s got it bad in both knees, and lamented the pain and the surprise in a long post from early January:

NO SLEEP AT ALL!! This PAIN is so REAL??? yesterday started off pretty good until I went to the orthopedic Dr. Went to get my cortisone shot in my right knee. But I brought to his attention about my left leg, how I was being treated for cellulitis and how I was having extremely bad pain in the leg especially the knee. So long story short my left knee is in just as bad shape as my right!!!???so instead of 1 shot I got 2!!???. TRUST ME I’m not complaining I’m just shock!! Ruff ride in the Ems, I felt EVERY SINGLE BUMP so my body HURTS from head 2 toe and then some. My PRAYER is that my HEAVENLY FATHER lay his healing hand on me!!! My plans & golds had and will not change!! I’m will still push myself to the NEXT LEVEL!!! On that note Good Morning to some & Good night to others!! #levelup #iamheal #iam???

On the other hand, she’s also kept her sense of perspective — and of humor. Here’s the most recent photo Teretha has shared, from just a few days ago, in which she says she’s been infected with the “silly bug” while waiting around for another round of treatments on her knee: 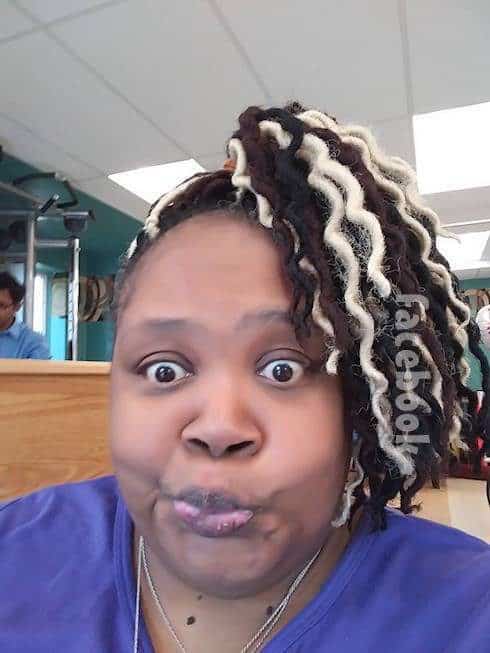 Teresa also took the time to thank Dr. Now in her January 5th prayer, right alongside God and her husband Derrick:

I just want to THANK GOD for his GRACE & MERCY, Dr. Nowzaradan for taking me on as a patient and changing my life, to my family that GOD has BLESSED me with for ALWAYS being there 4 me and my hubby 4 taking this journey with me!!

And here’s another pic Teretha shared from right around the same time and the same venue: 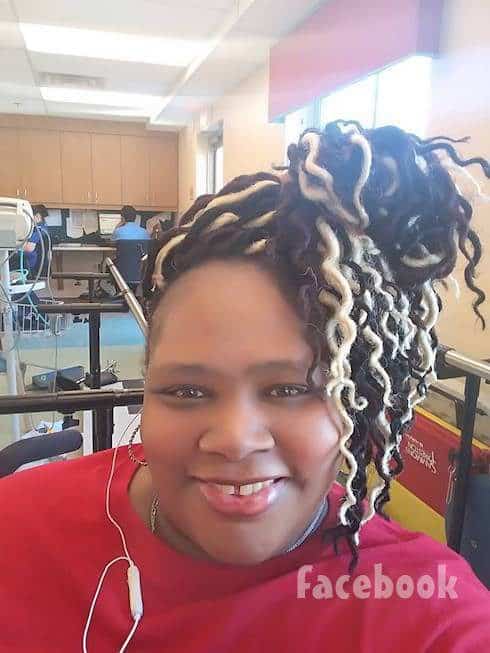 In a brief exchange with a fan, Teretha confirmed she’s still under contract with TLC and Megalomedia, the My 600 Lb Life production company. Though she hasn’t made a final decision yet, Teretha revealed that she is “considering [another] Where Are They Now episode.”

To keep up with Teretha herself, make sure you follow her official (and frequently updated!) Facebook page here. If you need to revisit her My 600 Lb Life episodes, you’ll find Teretha’s 2016 debut here and her 2017 Where Are They Now? follow-up here. Both episodes are streamable via TLC.