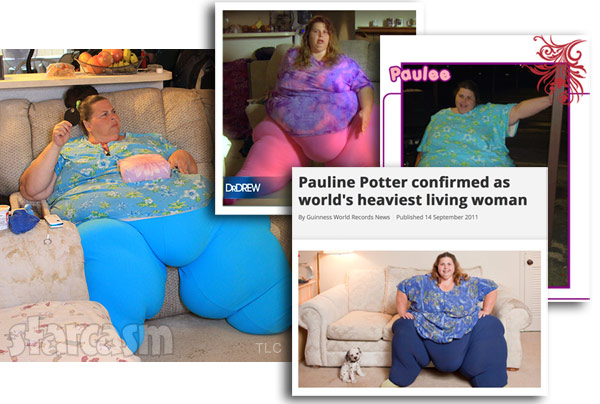 If you watched this week’s episode of TLC’s My 600-Lb Life and thought that 678-pound Pauline looked familiar, that could be for any number of reasons. The 50-year-old Sacramento, California mother of one is no stranger to national and even worldwide publicity after putting together a headline-grabbing resume that includes being named the Guinness Book of World Records “World’s Heaviest Living Woman” in 2011, appearing on Dr. Phil, having her own feeder Yahoo group, appearing on HLN with Dr. Drew more than once, numerous tabloid stories about how she lost weight by having sex up to seven times a day with her ex-husband, and having her own section under the alias Paulee Bombshell on the plus-sized fetish website SupersizedBombshells.com.

Pauline’s time in the spotlight started (as far as I know) when she was named “World’s Heaviest Living Woman” by the Guinness Book of World Records in 2011 when she weighed 643 pounds — 35 pounds less than when she began her journey on My 600-Lb Life.

Guinness did a spotlight piece on Pauline at the time in which she explained, “I got in touch with Guinness World Records to start with because I was tired of being this size.” She added, “I knew I was getting close to 700 (pounds), but I wanted to get my story out there so that a doctor or nutritionist could help me. Also I thought it would be a great opportunity to open the door for once I start losing, then maybe I could get another record for the woman losing the most weight.”

In September of 2011 Pauline took her weight loss plight to HLN and Dr. Drew Pinsky:

DR. DREW: Help me understand why someone would compete for the title of “The Heaviest Woman Alive.”

PAULINE: I knew that I needed help to lose weight, and I wrote to Dr. Phil, Oprah, Dr. Oz. And nobody would hear me or respond, so I decided to get in contact with “Guinness Book of World Records.”

DR. DREW: And what weight were you when you decided to take this on? And where are you now?

PAULINE: When I got my weight documented, I was 643. That was back in I think February. And the last time I weighed, I was about 703, and that was a few months ago, but I`ve been trying to eat fruits and vegetables and stuff, and make wiser choices, so I`m probably a little under 700 now.

You know, I don`t really have any way of knowing, but really close to 700, but probably not at 700 right now.

Pauline reportedly lost about 100 pounds (from her maximum weight of just over 700 pounds) after her Dr. Phil appearance, but it apparently wasn’t because of any of the advice, services or facilities offered by Dr. Phil, but was instead thanks to “tons of sex” with her ex-husband, Alex!

“I sweat off loads of calories,” Pauline told UK magazine Closer in July of 2012. “I call it ‘sexercise.’” It is revealed in the article that Pauline split from Alex, her husband of three years, in 2008, but he regained interest in her after she claimed the Guinness title of World’s Heaviest Living Woman.

“I hadn’t had sex in three years, but we did it six times!” Pauline said of their first hook up after the split. She said that they now make love between two and seven times per day. “He took charge as I couldn’t move much, but he was so attentive.”

Pauline talked a little bit about what the “sexercise” workouts are like. “I can’t move much in bed, but I burn 500 calories a session. It’s great exercise just jiggling around,” she said. “My bed is strengthened and, although I can’t buy sexy lingerie, I drape a nice sheet over me.” 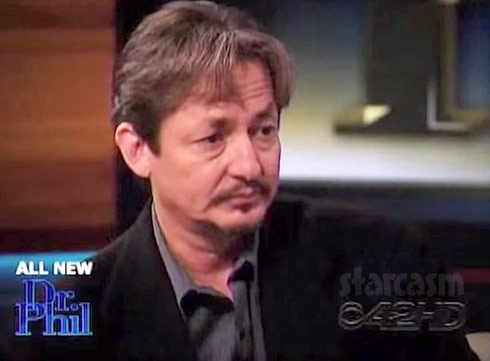 Closer also spoke with her ex-husband Alex (photo above). “It’s hard to position her and find her pleasure spots as she has a lot of fat in the pelvic area,” he said. “But it turns me on knowing she’s satisfied. Although once, when she got on top, I couldn’t breathe.”

Right around the same time as her Closer interview, Pauline returned to Dr. Drew’s show and he talked with her about her “sexercise” weight loss method:

Judging from her episode of My 600-Lb Life, it appears as though Alex and his calorie-burning jiggle sessions eventually ceased as Pauline put nearly 80 pounds back on and Alex was nowhere to be seen.

If you saw her episode then you know that Pauline would eventually lose more than 40 pounds prior to having gastric bypass surgery, but only after failing to follow Dr. Nowzaradan‘s dietary instructions initially and being admitted to the hospital where her diet was more easily restricted.

After the procedure, the very stubborn Pauline seemed to lose all motivation and refused to work with a physical therapist or maintain her diet. As a result, she lost very little additional weight, and Dr. Now lost his patience. 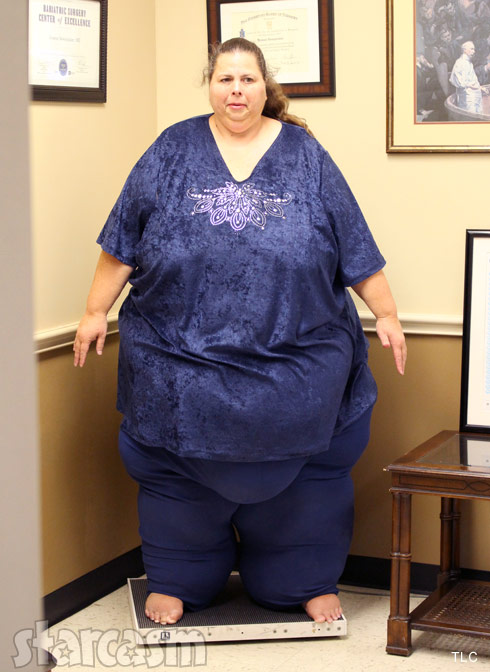 Being a celebrity blogger I see folks complaining all the time about “reality” shows not being all that real, and most of the time I sort of dismiss the complaints because, first and foremost, a lot of these shows are strictly for entertainment purposes anyway. But, in the case of a series like My 600-Lb Life, I believe it is crucial to try to convey the person’s story as accurately as possible, and I think leaving out Pauline’s history of searching out the spotlight for her weight also meant leaving out a very crucial piece in her psychological puzzle. We were shown Zsalynn’s history as a plus-size pin-up, etc. so I just don’t understand why we weren’t given the full story on Pauline. (When I started this post it was merely to attempt to provide an update on how Pauline was doing since filming ended. Imagine my surprise when I ran across all of this other information!)

And speaking of Pauline’s progress since her episode, she is updating fan’s via a series of YouTube video blogs, with the latest one being uploaded just this week — although the video itself was recorded in November. In other words, I’m not sure how she is doing now. I would have embedded the videos below, but Pauline has embedding blocked. You’ll have to click the link above to watch.

PHOTOS MY 600 LB LIFE Cynthia Wells today: ‘Feels like a failure,’ has ‘lost all motivation’ to keep losing weight