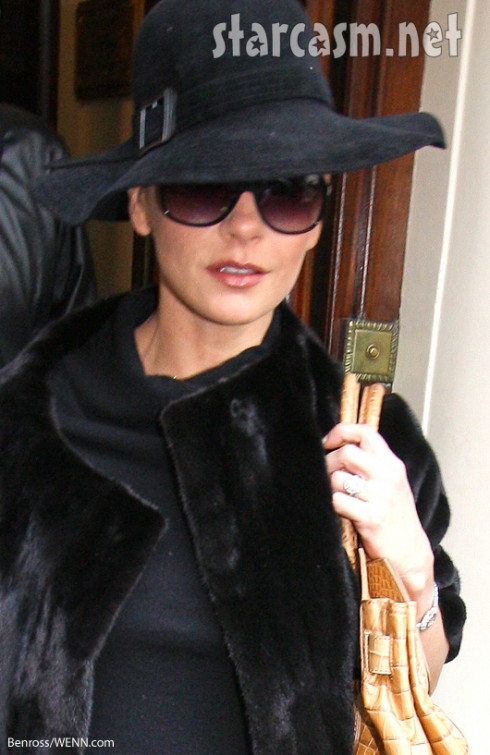 Actress Catherine Zeta-Jones has checked into a clinic to treat symptoms of bipolar II disorder, her rep tells People:

“After dealing with the stress of the past year, Catherine made the decision to check in to a mental health facility for a brief stay to treat her Bipolar II disorder. She’s feeling great and looking forward to starting work this week on her two upcoming films.”

Catherine’s husband Michael Douglas was diagnosed with throat cancer last summer, and underwent radiation and chemotherapy treatments that have reportedly been successful. The couple has spent some time traveling and being with family, but both of them are getting back to work. Michael’s latest project is playing Liberace (with Matt Damon as his lover,) and Catherine will be getting to work on two (maybe three) films: Playing the Field, and Lay the Favorite. She’s also rumored to be cast in an almost too-perfect role for her: as Salvador Dali’s wife and chief muse Gala.

About 2.6% of the U.S. population suffers from bipolar disorder (almost 6 million people,) which is categorized with episodes of elevated mood and episodes of depression. Formerly known as manic depression, these mood changes can change swiftly, or they can experienced in longer periods. Stressful events can trigger or worsen symptoms. Catherine’s rep says the actress mainly suffered from depression.

While it may be difficult for people in the public eye to open up about their bouts with mood disorders, they have an opportunity to help others seek treatment, or feel better about dealing with these types of problems. There is no “normal” way to be human. Thankfully, although stigmatization of mental health issues hasn’t completely gone away in Hollywood, and the rest of American society, but it has become much less scary and more accepted in recent decades. This change can probably be partly attributed to public figures being open and honest about their various struggles, and still going about their lives and levels of success.