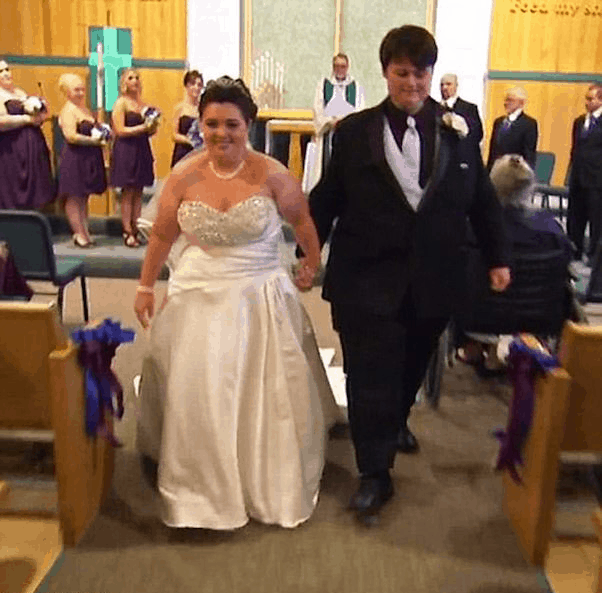 We’ve got an update in the My 600 Lb Life Joe divorce, and it seems the Season 3 and Where Are They Now? star is ready to start moving on with his life following Sarah’s infidelity. Just days after our exclusive reveal, Joe Wexler offered some surprising details about what led to his split from Sarah — including why he’s still “bitter” over Sarah’s “poor decisions,” and how Joe is managing to start over.

As we reported earlier this week, Joe ended his long social media hibernation with an post that he was ending his marriage to Sarah Wexler, Joe’s wife of almost three years. In his initial announcement, Joe — who met Sarah in an online weight loss group before his My 600 Lb Life debut back in 2015 — said only that Sarah had “made some poor choices” and that she “decided she needed to step outside of [their] marriage vows.” (Click here to read Joe’s full post.)

The news came as a shock to Joe’s followers; last most of them had heard, he and Sarah had been talking about trying to have a child together. And Joe’s most recent Where Are They Now? episode centered on his August 6, 2016 marriage to Sarah. So the latest My 600 Lb Life Joe divorce update was especially eyebrow-raising: in it, Joe offers even more details about what led to his break from Sarah, and his regression to “some bad habits” — including unhealthy eating. (For the record, Joe’s total weight loss across his three My 600 Lb Life episodes was a staggering 505 pounds — the fourth-highest by number of pounds in the show’s history.)

The first part of Joe’s divorce update is the darker half. Joe discusses how “bad” Sarah’s affair was for him, and admits he’s still “bitter at it” because of how much Joe says he gave his now-ex-wife during their marriage. Here’s that part, and bear in mind that the next half is much more optimistic:

Hey everyone. It has been a while since I have written an update to the group so I thought I would take a moment and let everyone know what’s been going on with me lately. As some of you may or may not know, I divorced Sarah because she decided to have an affair on me. That took a heavy toll on me and slipped me into a depression for a while that made me revert back to some bad habits. I did gain as a result of it. What’s worse is the affair was so bad, that while my best friend was helping me move out of my house so I could come back to TN, she moved her new boyfriend in with a new bed and everything. What’s worse is she says it was a mistake and wishes she could take it all back, but yet she is living with the dude and still sleeping with him. Yes, I am bitter at it but only because I gave my all to it and I was loyal to her, but it wasn’t enough.

In the second half of the My 600 Lb Life Joe divorce news, Joe reveals that he and Sarah’s split — which was still being processed by the legal system during his first update — is now indeed final. Joe’s moved from Iowa back to Tennessee, closed on his own house, and has even started seeing someone new. Joe acknowledges that he’s “being very slow” with his new relationship, and further says that he feels he is “in control of” his fate:

So I moved back home and started to rebuild my life and soon found a friend I have known for years and we started talking and so now we are together (yes the divorce is final) and going to see where it goes. I’m being very slow with this cause I don’t want the traditional rebound that you might see right after a divorce. In other news, my job is still awesome and I work for a great company and I am closing on the house I bought today. I reflect back and think about the situations at hand and I realize that it is in my power to do one thing or another, I am in control of my fate. So I choose to move on and to get back to where I need to be. I choose to overcome the sucky parts of life and to make good on each and every day. I choose to be happy and I choose not to let anyone control me again. I know this post is kind of long but I had a lot to vent about, thank you for reading and for being on this crazy journey with me.

Joe is hardly alone with this problem: among My 600 Lb Life cast members, he’s at least the third to go through a difficult split and find love elsewhere in the past year. Joe’s castmate Zsalynn Whitworth, who’s been free of her ex-husband Gareth for some time now, recently got engaged to her new love. And Season 6 star Karina Garcia — whose first Where Are They Now? episode is expected to air in 2020 — has been dating Gilbert Donovan, the controversial still-husband of cast member Lupe Donovan, for almost a year, after first using him as her personal trainer.

For her part, Sarah has yet to comment publicly on the My 600 Lb Life Joe divorce. The only thing she’s said that even mentions the split was a response to a comment on a photo of herself and her new boyfriend. When a friend told her the photo of Sarah and her “husband” looked good –to be fair, the pic had several filters on it — Sarah replied that “Joe moved back home a while back. He is seeing someone in TN.”

And over the last few days, Sarah and her new boyfriend Trevor have gone public with their relationship. They’ve shared a couple of photos; here’s one of the most recent: 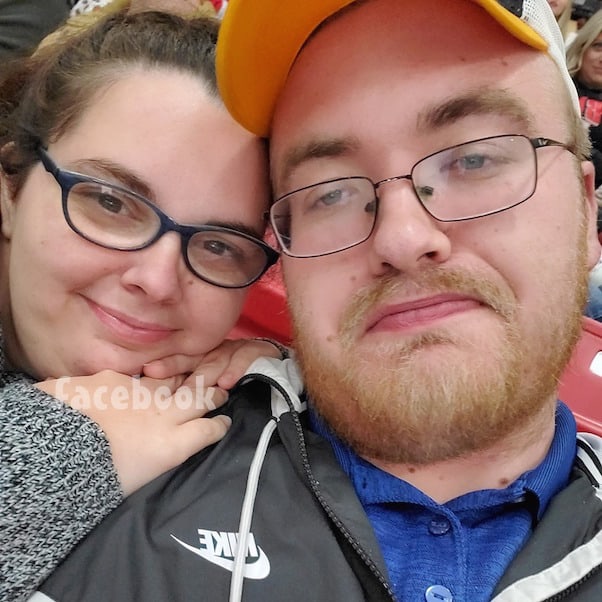 At the same time, Sarah hasn’t yet felt the need to clean Joe Wexler out of her social media closet. In addition to keeping the Wexler name for at least display purposes, Sarah still has several photos of the two of them together up on her pages, including shots from their wedding day… 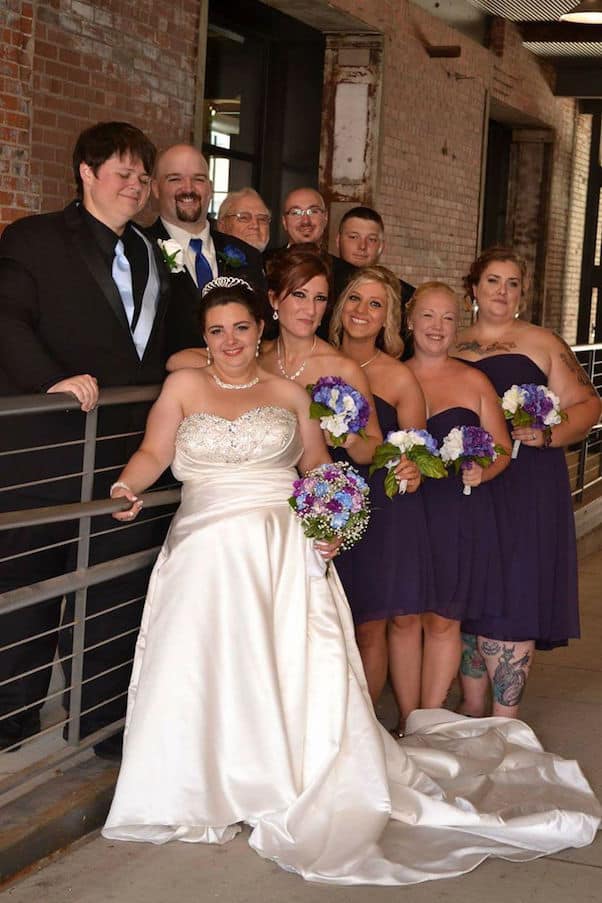 …and a now-bittersweet fountain kiss from two Novembers ago. The latter turns out to have been one of the final public photos of Sarah and Joe together as wife and husband: 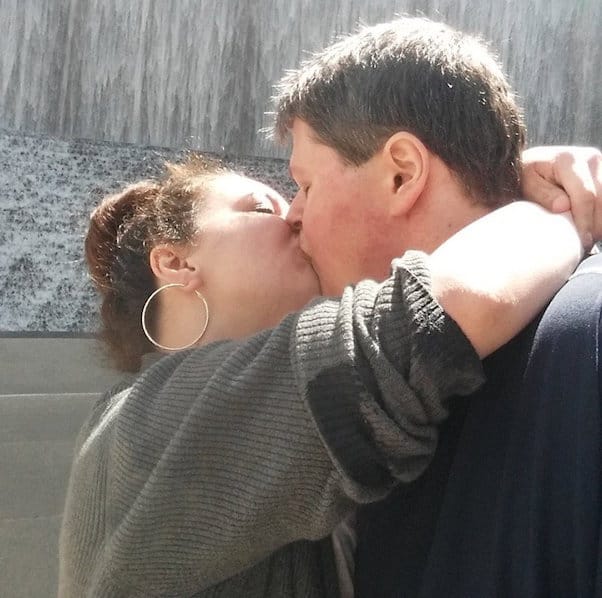 Though Joe has said in the not-too-distant past that he won’t be doing any more follow-up episodes, he has yet to say whether his divorce from Sarah has changed his mind about that. For now, you can continue to follow Joe’s weight loss and post-divorce journey on his official Facebook page.