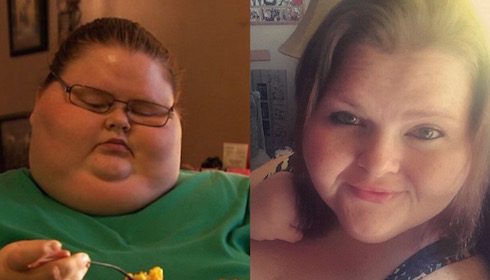 Ashley Dunn-Bratcher is still going strong in her weight loss journey, and fighting hard for the skin removal surgery she so desperately wants. And, as she recently revealed, My 600 Lb Life Ashley D now is more grateful than ever for the people helping her along the way — most of all her young son Patrick.

Ashley’s dependency on Patrick — who was just six years old when viewers first met both of them — was a constant source of frustration for her. Ashley’s peak weight of 725 pounds meant she needed help to do almost anything, but her husband Jacob’s job as a truck driver meant that Ashley was often either home alone or with Patrick. So the burden of her care fell to the boy.

Her desire to give Patrick his childhood was one of Ashley’s biggest motivators. And it showed: During the first four weeks of her weight loss journey, Ashley lost 123 pounds, or around twice as much as Dr. Nowzaradan said would be a healthy target.

But, although slow-and-steady became her byword, things were hardly easy, as Ashley explained during her Where Are They Now? follow-up episode earlier this year:

“Between painkillers causing an ulcer,” Ashley said, “and my emotions slowing me down, and then having to get emergency surgery to have my gallbladder out because I had gallstones — I just ended up giving in to gaining [weight] again.”

With that said, Ashley had also learned how to lead with the positive. After two years of filming for My 600 Lb Life and working with Dr. Now, Ashley shed a total of 350 pounds, or over 48% of her peak body weight. She was able to get around on her own, she didn’t have to lean on Patrick for assistance — and, best of all, Ashley’s whole outlook had changed:

I feel like I’m in a much better place now….Even though I’m not where I want to be, I remind myself of how far I’ve already come. I’ve lost 350 pounds already, and my life is completely different. I can do so much more than just sit around the house waiting to eat.

How is My 600 Lb Life Ashley D now? If her most recent updates are any indication, she’s taking things with a light heart. The latest photos of herself that Ashley has shared all come with at least one funhouse mirror effect, as this slide show makes clear:

On that note, Ashley also shared a throwback photo to commemorate Patrick’s ninth birthday. The picture of mother and newborn son was taken not long after Patrick was born, on October 29th, 2009. Here’s Ashley’s pic, followed by her loving birthday message: 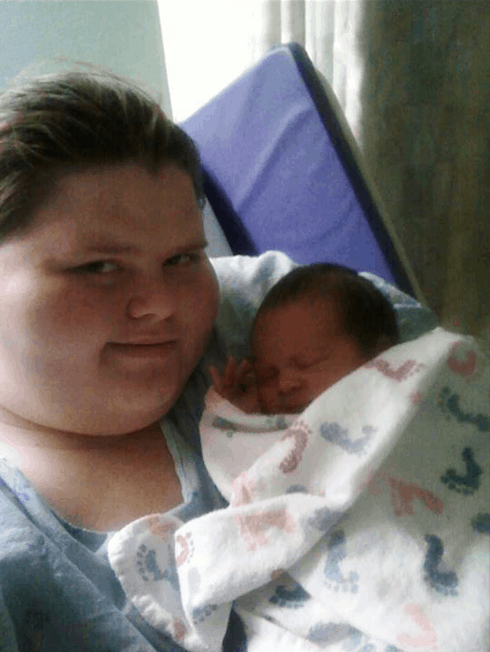 On October 29th 9 years ago at 8:20am God blessed us with a 8.02lbs boy. Patrick you have changed our lives in so many ways. I cant even begin to put down in words of how proud of you we are. Your so smart and you excel in just about anything you put your mind into. You have taken the best parts from both of us and have become a truly remarkable young man. We love you son. We hope you have many many more wonderful years in front of you. If you just put it in your head we believe you have the potential to do and be anything you want to be. We love you. Happy 9th Birthday Patrick Henry ❤????❤

If you’ve missed out on her story and need to catch up with My 600 Lb Life Ashley D now, you can stream her two episodes here and here, via the show’s official site.