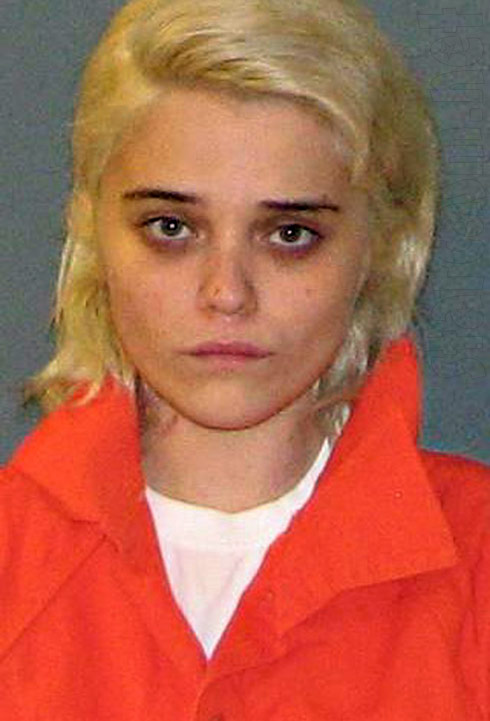 It was announced on Thursday that the oft-delayed debut album from indie-pop singer Sky Ferreira finally had a title (Night Time, My Time) and a release date (October 29) and apparently the 21-year-old Sky decided to celebrate with her driver’s licenseless boyfriend, DIIV frontman Zachary Cole Smith, by grabbing some ecstasy and 42 decks of heroin then hopping into a 1990 Ford pickup truck with a stolen license plate and driving around Saugerties, New York just after midnight committing numerous traffic infractions. 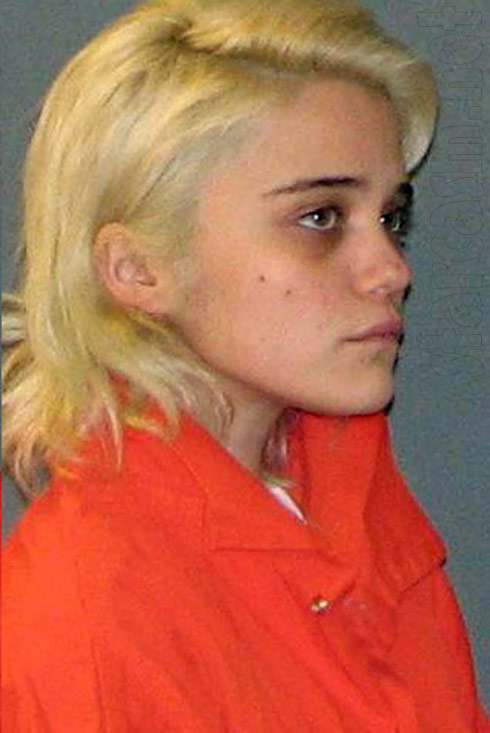 Sky Ferreira (mug shot photos above) and boyfriend Zachary Smith (below) were reportedly arrested by Saugerties police at 12:30AM Saturday morning after Smith made several vehicle and traffic infractions, according to The Daily Freeman. “Police said a registration check showed the license plates on the truck were stolen and the driver, Smith, was wanted by the Dutchess County Sheriff’s Office on an outstanding vehicle and traffic warrant,” the site reports. And while the officers were taking Smith into custody they “found a plastic bag containing 42 decks of heroin.” 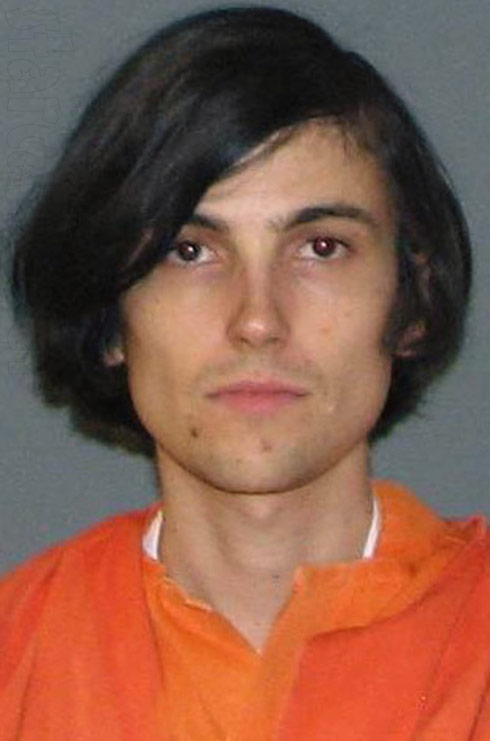 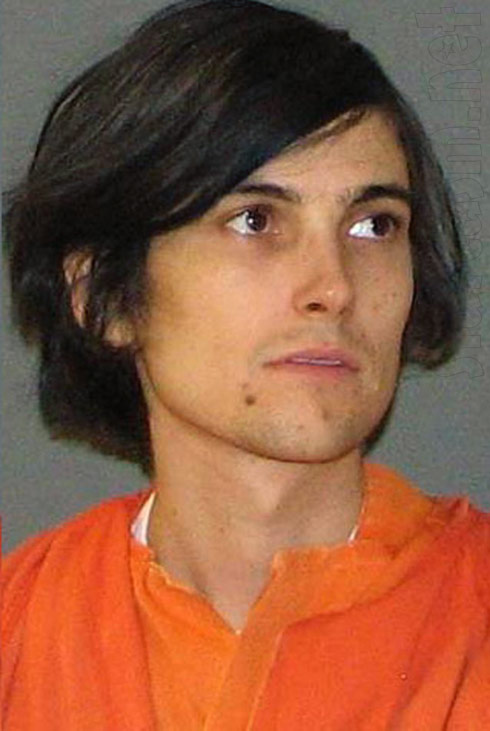 Meanwhile, passenger Sky reportedly resisted arrest and was found in possession of Ecstasy.

According to the site, “Zachary was charged with two counts of criminal possession of a controlled substance, one count of possession of stolen property and one count of aggravated unlicensed driving, all misdemeanors. He was also charged with the violations of unregistered motor vehicle, driving without insurance, unlicensed driver, and having an inadequate exhaust system.” Sky Ferreira faces misdemeanor charges of criminal possession of a controlled substance and resisting arrest.

Zachary has since come to the defense of Sky by seemingly blaming overzealous police officers for the whole thing on Twitter by writing, “what you’re reading is a police blotter, not the outcome of a court case. these cops wanted to f**k us, and they did. sky did nothing wrong.”

Sky Ferreira is scheduled to perform on Thursday at The Mann Center for the Performing Arts Philadelphia, Pennsylvania, kicking off an opening spot on Vampire Weekend’s fall tour.

“I’m not a saint, but I’m also 21 years old,” Ferreira told Billboard in July about her perceived association with drug culture. “Yeah, I do go out, but I’m not a drug addict by any means, because you can’t do this [performing] if you’re a drug addict. If I was a drug addict, there would already be a ton of shit out there showing that I was a drug addict, you know? I would be behaving like one. I think it’s partially who I hang out with, the way I look and the way I dress.”

To wrap things up, here’s Sky Ferreira’s music video for “Everything Is Embarrassing:”