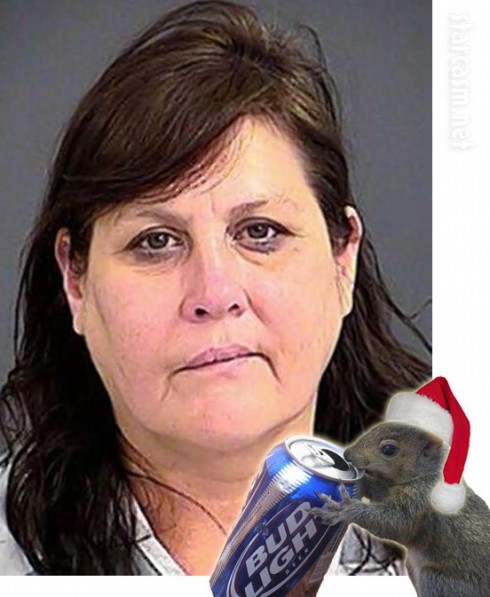 According to a police report, Helen Ann was none too pleased about being denied her Christmas spirits and proceeded to hit her lover over his head with a ceramic squirrel. She is then accused of stabbing her man in the chest with a shard from the broken keepsake.

Police from North Charleston, the same town previously in the news because of another stabbing in which a woman was irate over a man not turning off The Eagles, responded to the incident at 12:20 am local time on Christmas morning.

The report added that the unnamed victim was found with a large amount of blood on his shirt from a laceration that extended from his left shoulder to his chest area. He also was said to have cuts on his face.

In her defense, Williams told the authorities that her husband had fallen and cut himself. She further explained that all the blood on her hands and her clothes was not the victim’s and had already been there.

Williams was charged with criminal domestic violence of a high and aggravated nature. The victim was taken to a hospital for treatment.