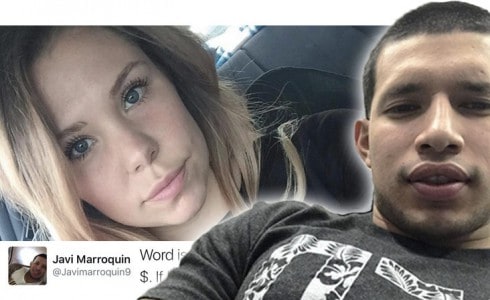 Kailyn Lowry’s ex-husband, Javi Marroquin, has responded to the surprising news that the Teen Mom 2 star is expecting another baby.

Radar Online first reported sources stating that Kail was pregnant. She denied those claims but the story picked up steam yesterday when E! later confirmed the news, citing several sources close to Lowry. With the cat apparently out of the bag, Lowry finally acknowledged that she is expecting in an interview with The Ashley and via a post on her own blog.

In her blog post she added that while Jo Rivera, the father of her first son Isaac, did know about her pregnancy, Javi did not. “Unfortunately, I never got to have a conversation with him about it,” she wrote.

Kail went on to address the dichotomy of becoming pregnant not long after her divorce after she had stated on the show that a major reason for her split from Marroquin was because of his desire to have more kids and her unwillingness to do so.

Of course, I was filmed on the show saying I didn’t want any more kids but I’m pregnant again. I know so many will have comments on this but here’s the thing — I didn’t want to bring another child into a failing marriage. Shortly after I started having complications, the option of having more kids was almost taken away from me. When I started thinking long and hard, I knew I wanted more. This was the choice I made.

Javi, who Kail verified is not the father, appeared to be taking the high road when he first started getting asked about Kail’s pregnancy on social media:

lol y'all aren't getting anything from me! ? it will all play out.

I'm focused on Lincoln,work,and Crossfit. Ask me questions about that.

His tone changed after Kail confirmed the news as he sent out some since-deleted tweets expressing his concern for Isaac and Lincoln as well as recusing himself of being the party responsible for leaking the story: 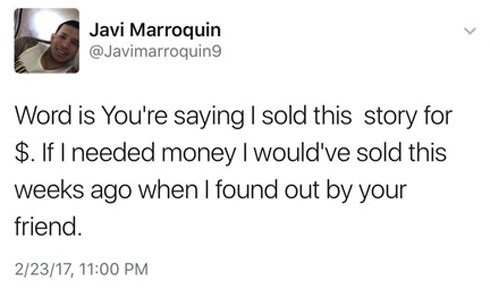 “I’m not upset, I’m upset for the boys. Going to bed” he also tweeted.

An image apparently tweeted out and then removed by Javi shows a text exchange in which he asked someone in the know about who was responsible for the info getting out and they replied, “literally everyone.” 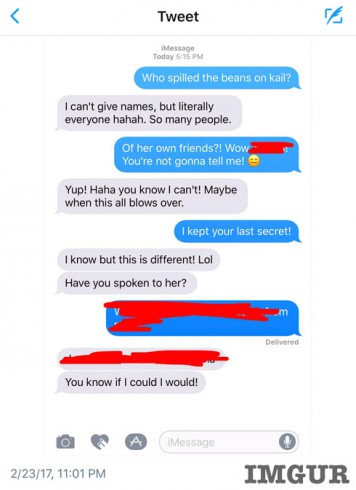 Marroquin also tweeted a sweet photo of his son Lincoln sleeping along with the caption, “My son, follow your dreams. I’ll pick up the pieces for you. Love, your daddy.”

My son, Follow your dreams I'll pick up the pieces for you Love, your daddy

Javi also made sure to let everyone know that the boys are going to be okay in a Twitter reply:

the boys will be ok on our end I promise