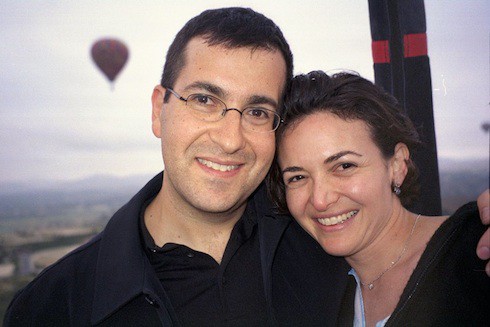 The unexpected and tragic death of Silicon Valley entrepreneur Dave Goldberg has shocked millions. Goldberg was known as “a genial bear of a man,” someone former Yahoo! president Sue Decker called “a perfect cross between a teddy bear and a tiger.” His wife, billionaire and Facebook Chief Operating Officer Sheryl Goldberg, rose to national prominence several years ago with the publication of her book Lean In, which details many of the unseen challenges faced by working women, and argues for equal pay.

But the circumstances surrounding Goldberg’s death remain somewhat murky, even if the cause  is clear. How did Sheryl Sandberg’s husband die?

Sandberg, Goldberg, and family were vacationing in Mexico when he fell from a treadmill, hit his head, and sustained life-ending trauma. Sandberg found him as he was bleeding out in the gym.

The Mexican officials who performed the autopsy have ruled out foul play. And, while it may seem unusual, it would appear that Goldberg’s death from a treadmill-related accident is simply a freak marriage of common occurrence and horrible luck. According to a CNN article written in the wake of Goldberg’s death, treadmill-related injuries accounted for 24,000 emergency room visits in America in 2014. And 30 people died in situations similar to Goldberg’s.

In addition, the Washington Post points out that treadmill accidents are occurring more often, in part because of the number of business execs who use them to stay fit while still working. Janessa M. Graves, professor of nursing at Washington State University, says that’s also because of the effect the belt-driven mechanism can have on balance:

This week, Sandberg posted to Facebook a moving tribute to her husband and a thank you to the thousands who’ve reached out to her:

I want to thank all of our friends and family for the outpouring of love over the past few days. It has been extraordinary – and each story you have shared will help keep Dave alive in our hearts and memories.

I met Dave nearly 20 years ago when I first moved to LA. He became my best friend. He showed me the internet for the first time, planned fun outings, took me to temple for the Jewish holidays, introduced me to much cooler music than I had ever heard.

We had 11 truly joyful years of the deepest love, happiest marriage, and truest partnership that I could imagine… He gave me the experience of being deeply understood, truly supported and completely and utterly loved – and I will carry that with me always. Most importantly, he gave me the two most amazing children in the world.

Dave was my rock. When I got upset, he stayed calm. When I was worried, he said it would be ok. When I wasn’t sure what to do, he figured it out. He was completely dedicated to his children in every way – and their strength these past few days is the best sign I could have that Dave is still here with us in spirit….

(Photo credits: How did Sheryl Sandberg’s husband die via FB)