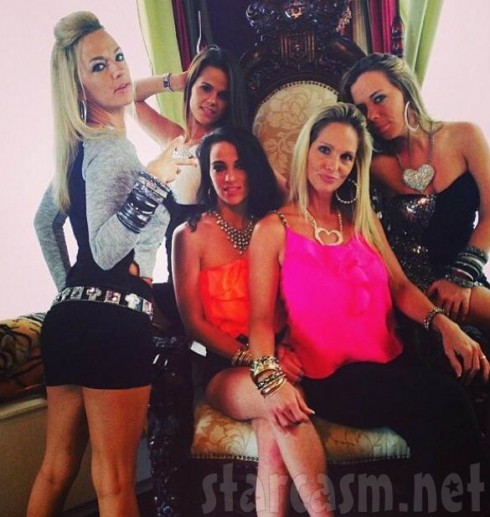 Break out your bedazzler, Gypsy Sisters is returning on August 21!

“The third season chronicles more Stanley family drama as they navigate breakups, makeups and road trips, giving viewers a one-of-a-kind look at the jaw-dropping ways of the infamous gypsy clan,” TLC said in a press release today. “Coming off a tumultuous ending to last season, matriarch Nettie and her cousin Kayla aim to put the bad blood behind them and move on for the sake of their families. With their lives so intertwined, their ailing relationship takes a toll on the whole unit, and the other girls try to help patch things up for everyone.”

The ladies helped TLC’s promotional efforts with a new video.

TLC also provided a little bit of information about what viewers can expect from the five returning cast members: Kayla Williams relies on the ladies as she struggles in her 17-year marriage to Richard. Nettie Stanley’s lupus is in remission and she’s focused on using her “traditional gypsy remedies” to live a healthier life. Mellie Stanley has calmed her partying ways to build a better life for her baby son, Richard. Annie Williams is back with her husband and trying to be a better gypsy wife. Joann Wells is coming into her own after living with Nettie for a year.

TLC adds, “Follow the Stanley ladies as they take a road trip back to the horse races complete with a tricked out party bus and venture on an epic trip to New Orleans that leads to true gypsy Bourbon Street brawls… The season culminates with a beachside vow renewal ceremony, but in true gypsy fashion, everything is down to the wire and nothing is as it seems.”

Interestingly, there’s no mention of Mellie’s new pregnancy or Joann’s arrest. I can see producers holding off on the revelation about Mellie’s pregnancy until later in the season, but it will be difficult for them to avoid mention of Joann’s arrest altogether considering the seemingly serious nature of the charges against her.

Gypsy Sisters premieres on TLC on August 21 at 9/8c.