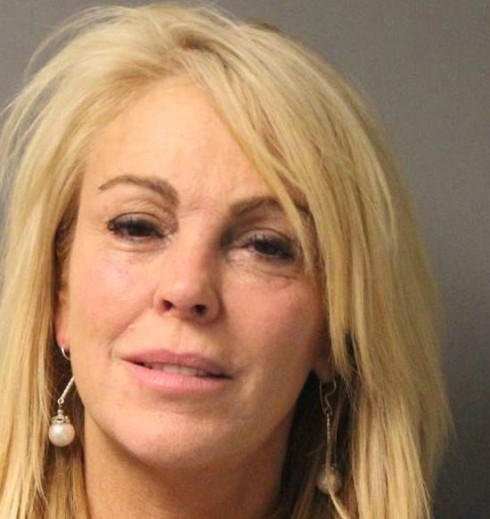 Dina Lohan was arrested last night for driving with a blood-alcohol level more than twice the legal limit.

Official police records show Dina — who is Lindsay Lohan’s mother — was pulled over in Long Island for going 22 miles over the speed limit. Upon talking to Dina, officers believed she was intoxicated — so they tested and her BAC registered at .20, which is well over the .08 legal limit.

“After being taken to SP Farmingdale for processing, Lohan made an allegation that she was injured during the course of the arrest. State Police called an ambulance to have Lohan evaluated. When emergency personnel arrived and evaluated Lohan, there were no injuries and she recanted her claim,” the New York State Police reported in a press release. “Lohan was issued traffic tickets for the two DWI offenses and speeding.”

Dina was reportedly issued traffic tickets for the two DWI offenses and speeding. She was then released to a sober third party. She is scheduled to address the charges in district court on Sept. 24.

Coincidentally, the news of Dina’s arrest came exactly one year after her infamous interview on Dr. Phil… Hopefully she didn’t pull the “You’re like in your little tie, your little shoes, like” line on the arresting officer!

Pink, Carey Hart sued by paparazzo who was ‘humiliated’ for trying to photograph their unclothed daughter