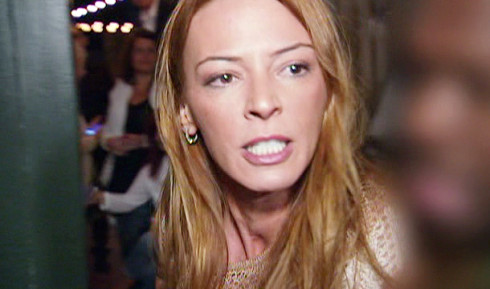 Ever since Mob Wives first burst on to the reality scene fans of the show have been wondering if Drita D’avanzo was planning to leave her currently incarcerated husband Lee D’avanzo. She’s hinted around as much on the show especially when she found out Lee cheated in between prison stints which we discovered during the season 1 finale.

The f-bomb dropping Staten Island queen bee took to her Facebook page to let her fans know she was tired of Lee’s deceiving but fell short of confirming a divorce until now. In an interview with Hollywood Life Drita stated that she is, in fact, divorcing Lee. She said:

“Right now it looks like I’m going to 100% get divorced. I did speak to him and we do not speak anymore since I confronted him about it. We don’t talk.”

When Drita confronted Lee about the infidelity he of course denied it and she doesn’t believe him. She’s a tough gal but her heart is broken as you can imagine. She explained that she couldn’t lay with a man she knew had been with somebody else and that he needed to know she isn’t going to be there for him anymore. These ladies always say that loyalty is everything so code wise I would assume that cheating just will not fly at least not for Drita.

She went on to advise other women that they should never be fully dependent on a man and Drita’s following her own guidance by focusing on her cosmetics line, Just Me, and a workout DVD that will be coming out.