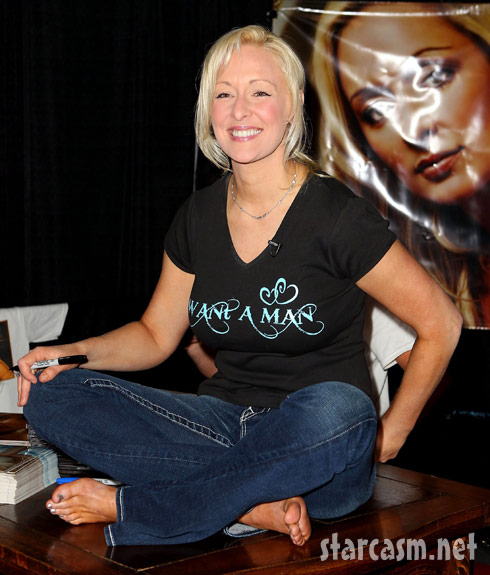 Mindy McCready was committed to a treatment facility for a mental-health and alcohol-abuse evaluation yesterday after her family members felt it necessary. The country singer has struggled with addiction for years, but recently had been in recovery. However, after her boyfriend David Wilson was found dead from a gunshot wound last month, it appears as though Mindy may have fallen off the wagon.

“Family members sought to have Mindy committed to a mental-health facility and there was an emergency hearing today,” a source tells E! News. “They just got out of court a little while ago and the judge committed her for up to 21 days.”

A second source told E! that Mindy admitted during the court hearing that she had “indulged in too much alcohol because she was still mourning David’s passing.”

Prior to the hearing, family services removed Mindy’s sons Zander, 6, and Zayne, 9 months, from her Arkansas home.

The source adds, “Mindy needs to get help and we all care and love her and we want her to get the right help so she can move on.”

Just a couple of weeks ago, Mindy was featured in a Dateline interview in which she was questioned about the circumstances surrounding her boyfriend’s passing. Although his death was first reported to be a suicide, rumors quickly surfaced that he allegedly had been cheating on her, and some even claimed that Mindy may have had something to do with his death. She denies having any involvement, but does add that she is not 100% sure that he killed himself.