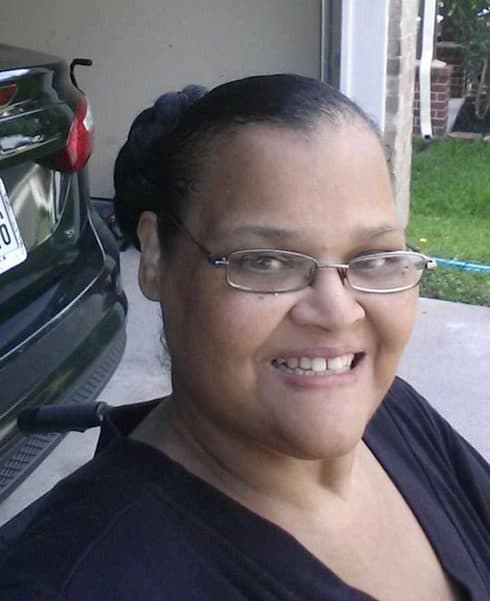 The latest My 600 Lb Life Milla Clark update offers reason for happiness, along with a possible cause for concern. Milla’s latest photos appear to show more weight loss than what viewers saw during last year’s Where Are They Now? episode — but the photos appear to show Milla in a hospital bed.

When we last saw Milla, she was dealing with triumph and heartbreak in her usual composed manner. Tragedy struck the Clark home in the form of Milla’s husband Elroy dying two months into filming. Motivated in part by Elroy’s death — and by refusing to leave her five children without both of their parents — Milla lost a total of 274 pounds, dropping from 751 to 477 pounds thanks to her diet and a successful gastric sleeve surgery.

In fact, Milla’s first visit to Dr. Now’s office (they had met at the hospital before Milla’s follow-up) was also the first trip she’d taken in a vehicle other than an ambulance in seven years:

Last November, on the one-year anniversary of her husband’s death, Milla remembered Elroy with a simple Facebook tribute, along with a pair of photos of floral arrangements that friends and family had sent:

However, a My 600 Lb Life Milla Clark update she offered just this week had Milla’s many fans reacting with concern. The two photos that Milla shared, while only from the neck up, seem to suggest that her weight loss success continues. But the plain white pillow and gown led fans to believe Milla was in the hospital for an undisclosed reason:

And, while Milla is her usual grateful self on social media, she didn’t address her fans’ concerns. The only clue to her silence came in a rare fan interaction a few weeks ago. When the fan asked if Milla was able to read and respond to every comment on her Facebook page, Milla said, “No I don’t, it’s just to many with the kids. I stay busy but hopefully I will get better at it.”

We wish Milla the best in her ongoing weight loss journey. We also hope she actually took the above photos from her bed at home, and that the whole thing is just a big misunderstanding.

You can stream Milla’s first My 600 Lb Life episode here, via TLC.