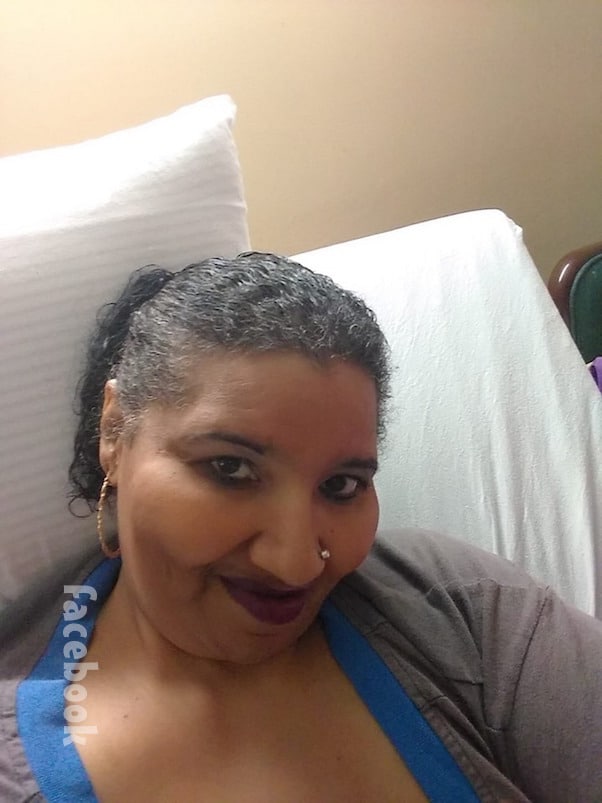 My 600 Lb Life star Renee Biran has been under constant medical care for nearly a year while battling Guillain-Barre syndrome — but she may also have brightened her life with a new love. Based on several anonymous tips and social media posts, it looks like Renee maybe got married earlier this summer, likely in the hospital and with a bit of Vegas flair.

Before she was cast on My 600 Lb Life, Renee had already attained a measure of viral infamy thanks to her career as a plus-size model and multiple magazine and daytime TV appearances. But her lifestyle as the self-proclaimed “Massive Mocha” caught up with her: by the time filming for her episode began, Renee was at a peak weight of 631 pounds. By episode’s end, she was down to 381, and trying to “[get] there one pound at a time.”

When we checked in with Renee Biran at the beginning of 2019, the Season 6 star revealed she’d been hospitalized for several weeks with what at the time was a mystery ailment. But Renee also suggested she would be getting skin removal surgery sometime this year. And by the spring of 2019, Renee’s medical problems had a diagnosis: Guillain-Barre Syndrome, a disorder in which the body’s immune system attacks its own nervous system. Guillain-Barre can lead to paralysis and, in rare cases, death; a complete or near-complete recovery is more likely, depending on the severity of the case, when it was detected, and how it was treated.

On that note, then, we’ll turn to much happier Renee Biran news. Just a couple of weeks after our last update on Renee, she shared a photo of herself alongside a smiling man in front of a photo of the famous “Welcome to Fabulous Las Vegas” sign. Here’s that photo, along with Renee’s caption: 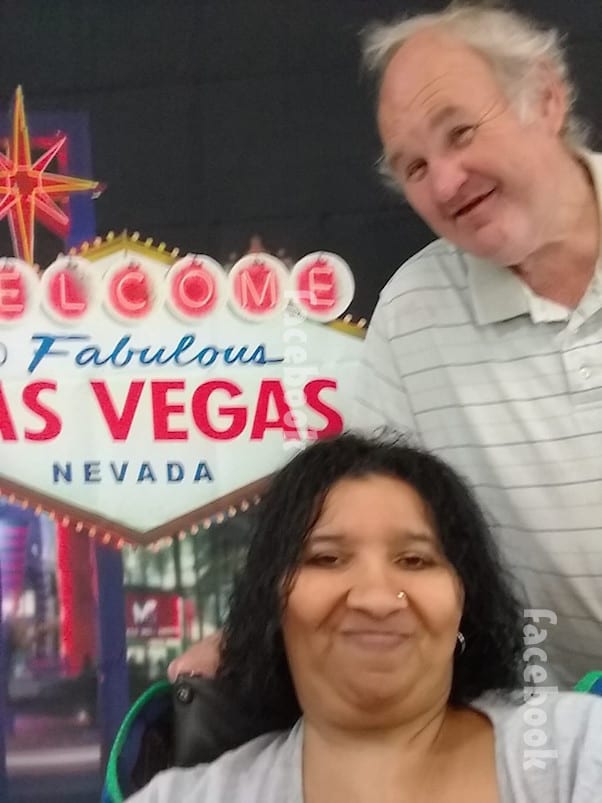 “Hey baby lets go to Vegas, Kiss the single life goodbyeee???,” Renee captioned the pic. The Faith Hill quote had Renee’s followers wondering whether she’d actually tied the knot. Renee didn’t answer any of the questions directly — but she did respond to one with a sly comment. To one friend who told her “If u go to Elvis one post some pics plz,” Renee responded, “Elvis was here ?”

Given Renee’s weakened condition at the time — she posted the above on May 13th — the gossip that she actually went to Las Vegas to get married seems unlikely at best. What seems more plausible (and is a better visual to boot) is Renee and her new beau tying the knot in a hospital ceremony officiated by an Elvis impersonator.

Unfortunately, we can’t confirm that Renee Biran is in fact married. But we did discover that the man Renee tagged in the photo with her, one Ronnie Earl Roden, is a recent widower. According to the Ziegler Funeral Home in Athens TN, Ronnie’s wife Annie (“Joanne”) passed away on August 12th of last year. Annie Roden’s obituary also states that Ronnie Earl lives in Benton TN — a scant 23 miles from Renee’s hometown of Athens.

We also found another mention of Ronnie among Renee’s copious social media posts. Just two weeks after her wedding photo — on May 26th of this year — Renee reached out to her friends and followers for a favor involving her supposed spouse. “Anyone around Riceville,” Renee wrote, “that can give Ronnie a ride from work around midnight please?”

Of course, none of this is conclusive proof of a secret Renee Biran wedding ceremony 🙂 But it’s easy to see how the gossip about Renee’s alleged marriage got started. Until we find out more, here are a couple more recent photos Renee has shared. The first is of Renee and her two-year old grandson, who celebrated his second birthday on the same day that Renee made her second post about Ronnie: 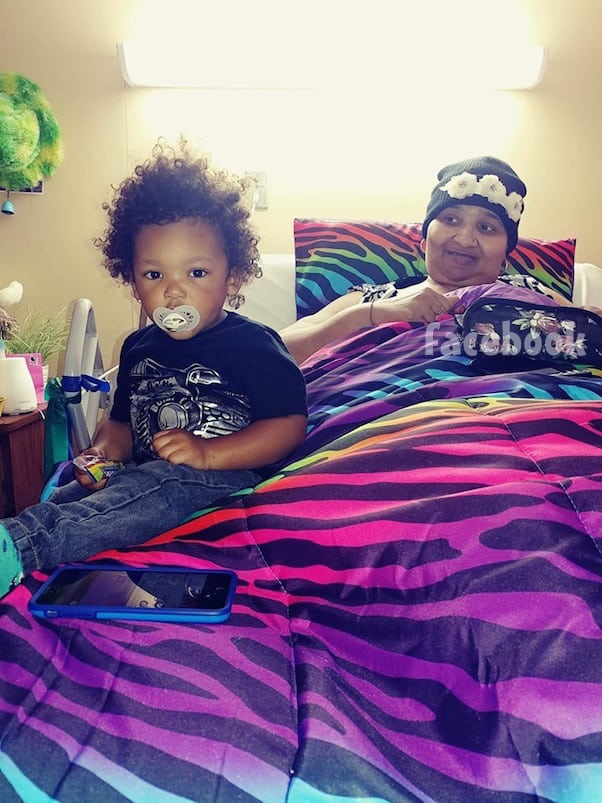 And the second is of a happy Renee with one of her six children: Renee’s beaming son Brent Brabson: 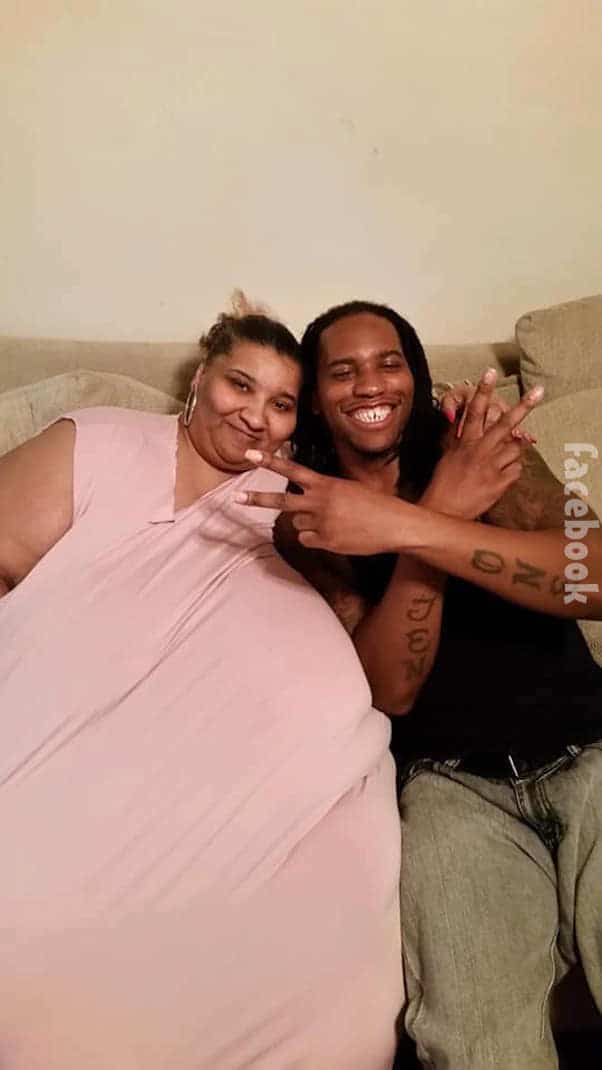 Renee still hasn’t confirmed or denied her participation in any Where Are They Now? filming. And the current season of follow-up episodes is done airing, so the earliest we might get a definite update on Renee Biran would be when the next batch debuts in the late spring of 2020. Until then, you can revisit Renee’s My 600 Lb Life debut on the show’s official site.

Does Peter Gunz have a secret daughter? Rumors of hidden children proliferate in light of new baby news