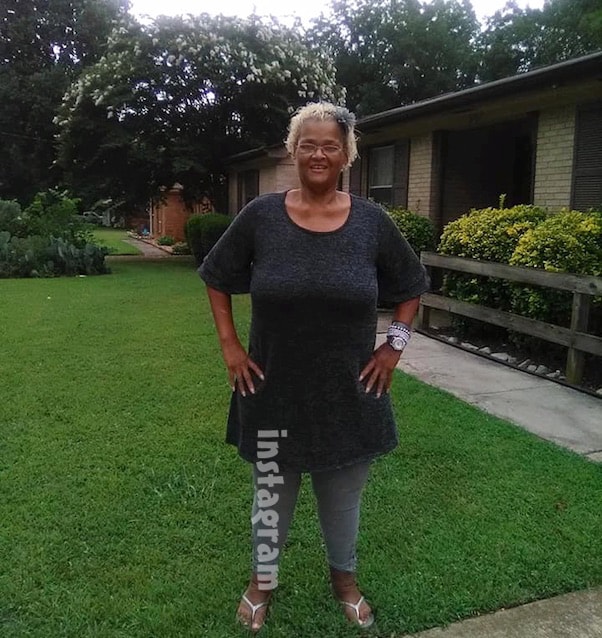 She just became the first My 600 Lb Life cast member to *lose* 600 pounds, but is Milla Clark walking again? And how does she look now? The Season 4 and Where Are They Now? star is reaching out to fans in a big way following her record-breaking new episode, and is sharing more than ever before. In addition to all the new before-and-after pics, Milla now has a pair of brand-new social media pages she intends to use to help motivate people on their own weight loss journeys.

As we reported following her most recent Where Are They Now? follow-up, Milla Clark is now the My 600 Lb Life cast member with the show’s biggest-ever weight loss. Though she began her debut episode at 751 pounds, Milla is now all the way down to just 155. Her 596 pound weight loss is a full 60 pounds more than Season 2’s Christina Phillips, who held the record until Milla’s 2019 episode. (Lest that last sentence be misinterpreted: We are in no way taking a shot at Christina for “only” losing 536 pounds!)

Despite her astonishing success, Milla actually had her many fans and followers quite worried during the two-year gap between follow-ups. She spent a great deal of 2018 hospitalized with a variety of then-mystery medical issues, and refrained from commenting on them publicly. But earlier this year, Milla began to tease her success, claiming that she’d lost the weight of “3 or 4 people” since viewers had last seen her. And a few weeks before her latest episode, Milla shared some truly jaw-dropping weight loss update pics, giving us all a taste of the good news to come.

So — given all that weight loss, is Milla Clark walking once more? We’ll let the woman herself share the good news:

The above update was one of the first Milla shared on her updated Instagram page, which she’s rebranded to make it more health- and weight loss-conscious. It looks like Milla wants to offer more of her own diet and exercise tips, in order to better empower the people following her. Given that, it makes perfect sense that one of her first big updates was an explanation on why she was changing up her promised exercise schedule in order to incorporate walking.

“I find that because I’m used to moving, it’s hard for me to just sit,” Milla explained. “So I’m gonna need to pick it up a little bit and at least do some walking once a day in addition to my sitting exercises.”

Milla also had some encouraging words for the fans of hers who aren’t able to walk, or who can’t walk without great difficulty. “I’m telling you,” she said, “I lost all my weight sitting down and laying down. Because I wasn’t mobile; I wasn’t doing much.”

How does Milla Clark look now? Where can I find her on social media?

If it wasn’t already obvious from the photos and linked articles above, Milla looks pretty great these days 🙂 She’s almost impossibly healthier, in terms of both her physical appearance and overall outlook. Hopefully, Milla’s newfound optimism will affect her fans as intended; it’s not every day that you come across a success story like hers.

On that note, you can keep up with Milla Clark’s look and continued weight loss journey — including photos, tips, and even the occasional Q&A — via her two new social media pages. As we explained above, Milla has rebranded her Instagram account; she’s also created a new, fan-specific Facebook page. There’s already been some cross-posting, so, if you favor one platform over the other, you’re still likely to get most of Milla’s content, if not all of it.

In addition, TLC has made all three of the Milla Clark My 600 Lb Life episodes available for streaming. Click here to revisit her 2016 debut; here for Milla’s first Where Are They Now? debut, from 2017; and here for the latest chapter in Milla’s story.