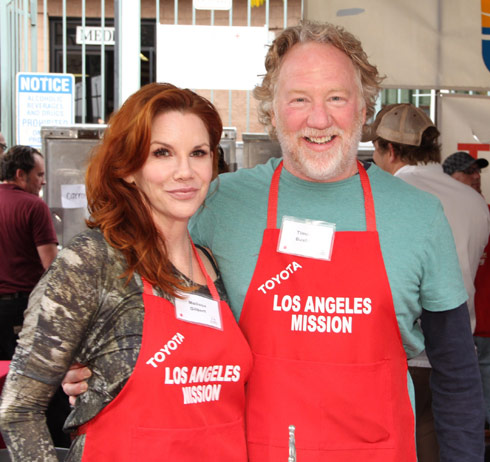 Even thought they’re no longer 30-something, perhaps Melissa Gilbert and Timothy Busfield will still live out their own dreams in a little white house on the prairie as the two actors have officially announced they’re married.

Gilbert, who recently appeared on Dancing With the Stars but is best known for her iconic role as Laura Ingalls Wilder on the TV drama Little House on the Prairie, married Timothy Busfield, Thirtysomething and The West Wing, in a private ceremony yesterday according to People.

Gilbert, 48, and Busfield, 55, got engaged over the holidays. This is the third marriage for each. Timothy has 3 children while Gilbert is a mom of 2.

Gilbert posted the following candid photo to Twitter as she dazzled in a daring red wedding dress: 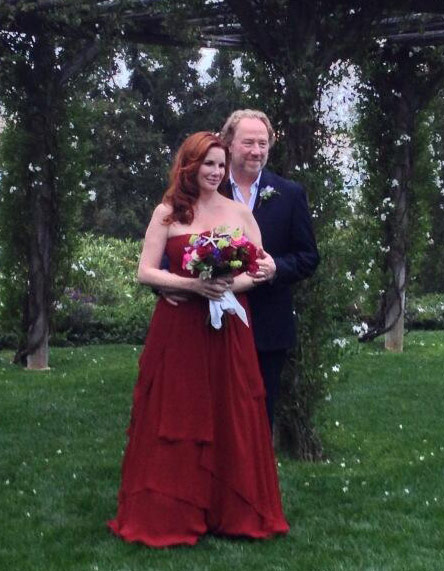 UPDATE: She told People Magazine all about the meaning behind the dress:

“The color spoke volumes. Passion, fire, love: Red says all of those things to me. It was quite a search. [But] the moment I saw it, I knew.”

The two tied the knot at the historic San Ysidro Ranch in Santa Barbara, California.

While I have to admit I’m a little jealous of Timothy because of a life-long Gilbert crush, I guess I’m okay with the guy who successfully pitched woo at C.J. Cregg as being the lucky guy. Congrats!