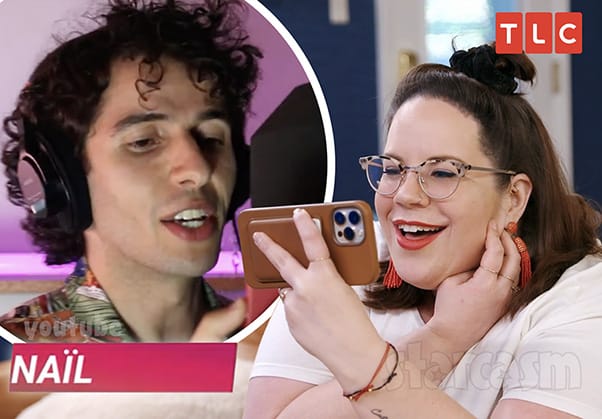 On the current season of My Big Fat Fabulous Life, show star Whitney Way Thore is falling for her French tutor. Unfortunately for viewers, Whitney’s tutor allegedly did not want to be filmed for the show, so his face is blurred out each time Whitney speaks with him on screen.

Whitney shared some photos with her mystery French man on Instagram in July, but she also edited out his face to keep his identity a secret. However, some reddit sleuths believe they may have cracked the case and answered the question: Who is Whitney’s French teacher boyfriend?

The biggest clue for detectives trying to figure out the identity of Whitney’s boyfriend came courtesy of TLC. Producers have been aggressively thorough while blurring out the man’s face, but they seemed to intentionally leave a brief clip in which it was clear what Whitney’s French tutor’s name is. 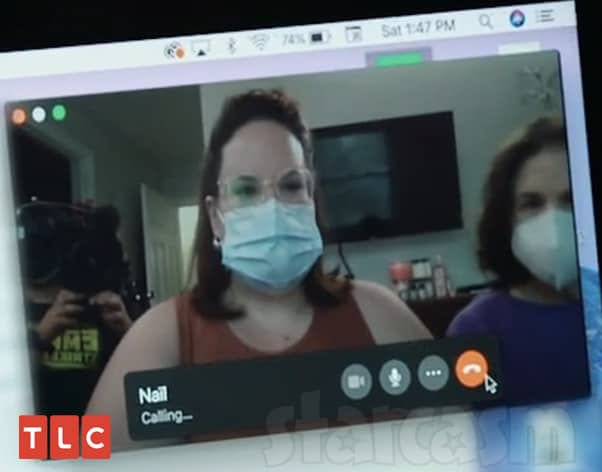 Naïl is an Arabic name, which certainly seems to line up with the fact that Whitney has been following a lot of Muslim Instagram accounts over the past year. For example, she follows @Islam, @Muslim and @ruqayas.bookshelf, which is an indie publisher founded By Asmaa Hussein “that ensures your Muslim kids are represented in fun, beautiful books!” Whitney also follows @sheikhassimalhakeem, which shares the teachings of Hassim Al-Hakeem. There are a lot more near the top of her following list. (It’s easy to imagine a conversion story line next season, right?)

The reddit sleuths found a Naïl Rayner from Paris that looks to fit the bill perfectly. He has the same slim build as the man Whitney took pictures with in Paris. He also has long hair, which matches up with the blurry images seen on My Big Fat Fabulous Life. Here’s a screen cap of blurry Naïl from one of his sessions with Whitney, along with a reflection of him captured in Whitney’s glasses during the vid call: 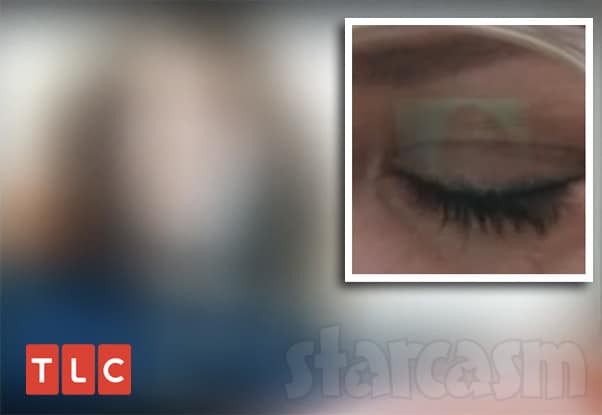 Hmmm… I guess that could also be the top of a chair behind his head?

Seemingly increasing the likelihood that Naïl Rayner is Whitney Thore’s French teacher (and love interest) is the fact that his online presence began to vanish shortly after the connection was made on reddit! Not only was his Facebook profile deleted, but his music videos on multiple platforms have also been scrubbed. If this Naïl isn’t Whitney’s tutor, then why in the world would he be deleting his videos and avoiding all the free publicity for his music?

Despite his best efforts, Naïl’s music videos haven’t been completely scrubbed from the internet — yet. Here are a few Streamable clips in which he performs under his own name as well as “P-Jay.” (Both performers are connected to the @BRAINFREEZERDUDEZER online ID.)

In addition to being a rapper, Naïl Rayner also has some photography/videography credits listed online. That has numerous redditors questioning whether or not Whitney actually met Naïl as part of the filming crew when she was in Paris with her ex, Chase Severino.

The validity of Whitney’s relationship with Chase has been called into question often, especially after he got his “ex” pregnant and the two of them are now living their happily ever after with their newborn baby.

Given the Chase fakery theories, viewers have been reluctant to buy into Whitney’s French teacher love interest story line this season. Not helping is the fact that Naïl doesn’t seem enthusiastic AT ALL in pursuing a relationship with Whitney beyond teacher and student — despite Whitney’s rather aggressive flirting.

Whitney took to Instagram last week to defend her relationship with Naïl. She shared a gallery of images of herself with Naïl that also included some rather spiteful comments she has recently received about their relationship.

Here is the gallery followed by Whitney’s statement:

I wish I could put this relationship into words, but honestly, it’s all been a blur 🌪

Nah, but for real, the amount of comments and DMs and tweets I’ve gotten from viewers assuring me that this man is embarrassed of me and does not care about me is confusing.

I just spent 6 weeks with him in the planet’s most-visited country, and as you can see, we are clearly out in public at one of the world’s biggest tourist attractions…but because he doesn’t want his face shown on TV to millions of people around the world, he must be embarrassed of me? There’s a big difference between being in public with someone versus choosing to put your identity on display on the internet and TV for people to rip apart. If he was ever doubting his decision to be anonymous in these arenas, comments like these only validate it.

Can’t y’all let someone be happy? I’ve had 8 serious relationships — the “public” has only seen 3 of them (I had 30 years of life before TV, imagine that!) and I’ve dated some shitty dudes and had heartbreaks, but I also do not doubt that I have been loved deeply and fiercely and above all, I know that I deserve to be loved.

If you feel that you can’t be loved because of your size or for any other reason, please don’t project that onto me — because I’m out here trying to enjoy myself and this person and what we have together ✌️

Let me just say that I ABSOLUTELY believe that someone Whitney’s size can be loved and deserves to be loved. But, I’m also not buying into the story line this season simply because what we have been shown on screen makes it seem like Naïl is not very interested in pursuing a romantic relationship. I feel this is the opinion shared by a vast majority of viewers who have openly wondered if the story line is fake for the show. Redditor u/NancyPelosi666 breaks it down well by listing the three possibilities for the hard-to-believe story line we’ve been shown — none of which make a lot of sense.

Here is a sample clip that TLC recently posted on Instagram that captures the awkwardness well:

I should point out the most recent episode to air included Whitney seemingly foreshadowing as she openly wondered if she is being catfished? I have no idea what that could mean given that she has video calls with Naïl. Perhaps he has told her things about himself that she thinks may not be true? I guess she could think he’s lying about living in Paris? I don’t know.

To find out, be sure to keep tuning in for new episodes of My Big Fat Fabulous Life airing Tuesday nights at 9/8c on TLC. Or, you can stream episodes any time on discovery+.