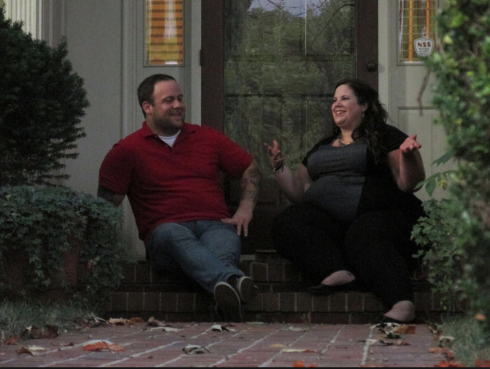 My Big Fat Fabulous Life‘s Whitney Thore and her friend Buddy are the Ross and Rachel of reality TV. They’ve shared a “past” together, but now seem to be just friends. At times they both seem to want more from their relationship. The season ended with the two friends seriously looking for houses to move in to together, but their plans appeared to be thwarted by Whitney’s pre-diabetic diagnosis.

Immediately after the show’s finale, a sit-down interview with Whitney aired, but we were still left with questions. For one, Whitney didn’t talk about whether or not she moved out of her parents’ house and into one with Buddy, but she seemed to still be living at home. She did confirm that they still are “just friends,” but said that their relationship still had not “come to fruition.

Although she asked Buddy to marry her when they turned 40 during a pizza date, she still seems unsure if they will get together. “I love Buddy a lot, he’s my perfect man . . . I am looking for a guy like Buddy. I am pretty much looking for Buddy, but it’s just not that simple. People think ‘Oh, you guys obviously love each other, be together,” but they’re a complicated history and things all happen when they’re supposed to in due time. So, just sit tight.”