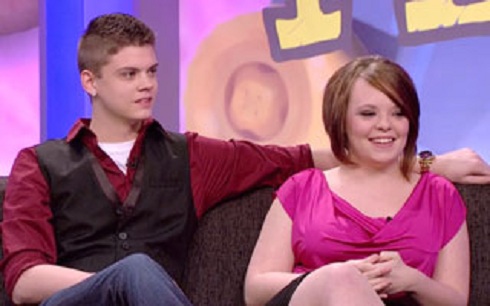 Catelynn Lowell and Tyler Baltierra have said goodbye to Teen Mom after four seasons. The couple quickly became a fan favorite which leaves fans wondering, will we ever see them on television again? There have been rumors of a Teen Mom spin-off circulating the web and since the couple is preparing to wed, it seems like the perfect fit. To add fuel to the fire, both Catelynn and Tyler seem to be dropping us hints via Twitter.

On September 8, Catelynn tweeted a photo of a dinner table along with the caption, “Ohhh yeaa sushi night with my mtv fam!!” The next day, Tyler wrote, “Filming yesterday felt WAY to[sic] normal! #MTVcastprobz.”

While we may not know for sure what Catelynn and Tyler are filming for (Tyler is also trying to pursue an acting career,) we know that they are filming and that’s huge news, especially since all the Teen Mom specials have already wrapped. 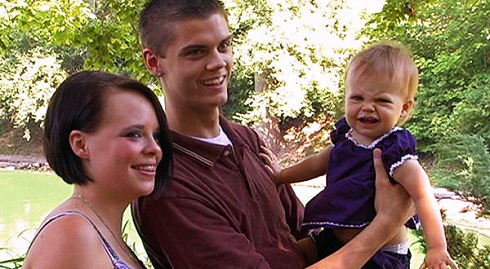 The couple is planning to wed next July and although it may not be down to the wire as far as planning goes, they have been arranging for certain things to be in place such as the location and Catelynn’s dress. They’ve even made it known that they’d love to have their biological daughter Carly at the wedding — or even in it!

Their walk down the aisle and everything that goes into the planning would sure make for an exciting spin-off for fans of Teen Mom. We’ve watched these two grow as a couple and it would be the cherry on top to see them finally tie the knot. Plus, Catelynn previously revealed that she’ll be inviting both Maci Bookout and Farrah Abraham — so it’ll be like a Teen Mom reunion!