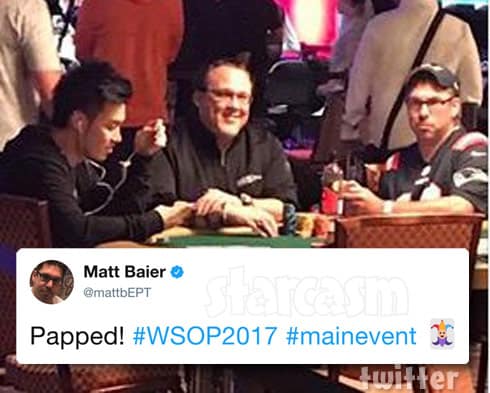 It appears that Matt Baier’s run in The World Series of Poker’s Main Event came to an end on Day 2 — well short of the cut off for getting any of his $10,000 entry fee back.

Matt has been updating his detractors on his progress in the tournament on social media over the past couple days, but after an update during a break last night, Amber Portwood’s ex fell silent. Here’s what he tweeted while playing on Tuesday: 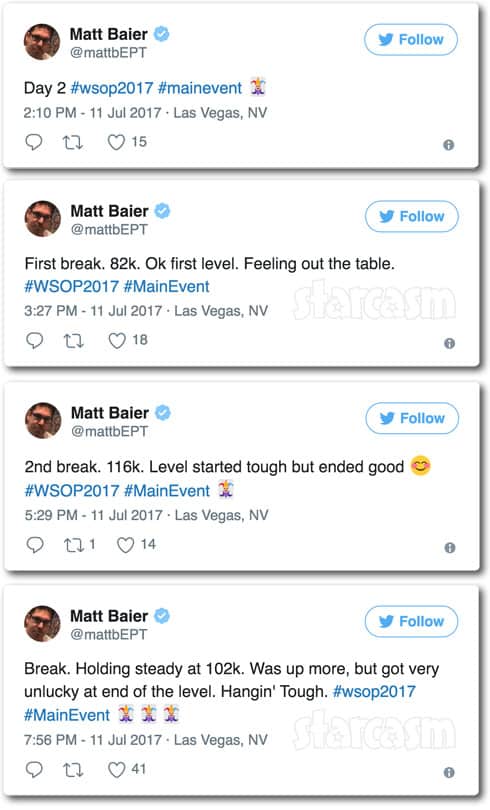 Matt entered the second day with 63,600 chips, and had increased his stack to well over 100,000 according to his updates, but when I checked the official chip counts earlier today, his name was nowhere to be found. The World Series of Poker’s site does not provide a list of those who have been knocked out, but I talked with a WSOP spokesperson who assures me that if someone’s name is not on the chip count list for the day they competed, then they are out.

Matt joins his pokah buddy Jeff (aka Jeffrey Bruno) at the rail after Jeff apparently busted out on Day 1. Jeff did have his moment — and a lengthy one at that — in the spotlight, however, as he was seated at the feature table during ESPN2’s live broadcast Saturday night!

Between Matt and Jeff, they combined to contribute $20,000 towards the prize pool.

On a side note, ol’ Matt showed off his slick PR skills while in Sin City by managing to find one of the very few people in town more controversial than he is! Check out this photo of Matt and baseball’s all-time hits leader Pete Rose — who has been banned entry into the Major League Baseball Hall of Fame after admitting he bet on games involving a team he was playing for and managing at the time: 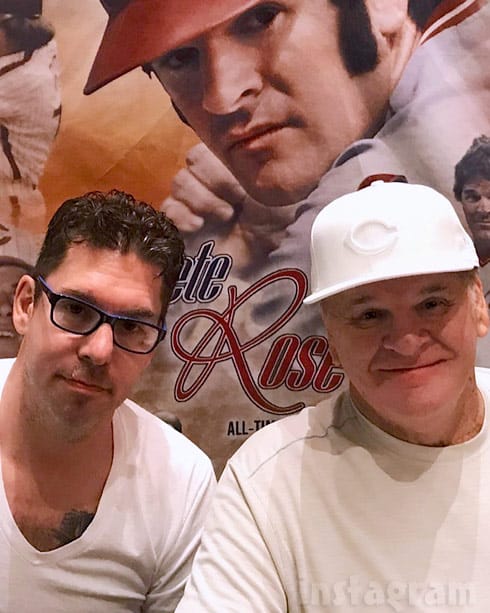 It’s unclear what Matt’s next move will be — although there are still many tournaments at The World Series of Poker other than the Main Event that he can still enter. We did the very simple math based on Amber Portwood’s accusations during the Dr. Drew Check In special, and even if Matt ponied up for Jeff’s entry fee, he should still have right around $100,000 to play with — literally. And I think Tiffany lives within driving distance of Las Vegas, right? Oh, and I hear Farrah is single now! Actually, Single AF!