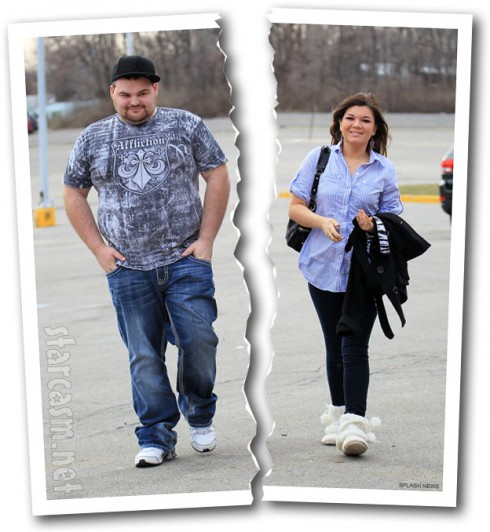 At the end of August Teen Mom Amber Portwood returned to her home in Anderson, Indiana after a two-month stint in a California rehab facility getting treatment for depression and anger management issues. When Amber got home she found Gary Shirley and their daughter Leah waiting patiently to welcome her back. Everything seemed to be going great for the couple. But, less than three weeks later, Gary says he is calling it quits for good, and it appears to be Amber’s infidelity that motivated the split!

Here’s what a crestfallen Gary bear had to say on Twitter earlier today:

I’m completely through w amber No more back n fourth sh!t. I got my precious baby u got your precious anderson men hope your sins r worth it

He followed that up with an announcement that he was going out for a night on the town with his buddies in an attempt to drown his sorrows before his mom’s babysitting session with Leah ends:

Moving on I’m bout to kick it with honors with my last night til I get Leah back from grandmas. Thank u mom for everything.

A few hours after that post Gary shared a photo of him and his buddies, including Evan Parker, who is Gary’s partner on his successful “It’s Gary Time” t-shirt venture: 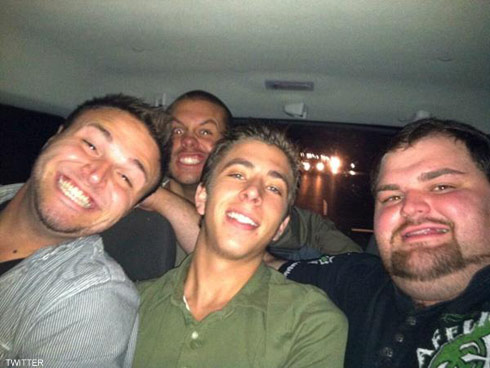 The picture had the caption “Some true GT tonight w @followevan, @bdavis_31 and more:” (For those not fluent in the Garese language, “GT” doesn’t stand for gym/tan but Gary Time!)

Later he invited all of Indianapolis to join him in his celebration of bachelorhood:

Downtown #Indy we gooo! @followevan, @bdavis_31 and more.. Who’s out?? Everyone stop what you’re doing and come.

Of course I realize that Gary and Amber break up and get back together about as often as the sun rises and sets, but this one seems like it might last – at least a little while longer than usual. Amber was gone for TWO MONTHS in rehab trying to get better and Gary stayed home and took care of Leah (with some help from his mom of course). And now either Amber cheated on Gary, Gary thinks Amber cheated on him, or Gary just wants us to think Amber cheated on him – either way it sounds pretty extreme for a couple that spent so much time apart – one of whom was reportedly getting help.

***I should mention that Gary and Leah did get a chance to visit Amber in California at one point, as evidenced from his photo with some of the Teen Mom 2 cast who were there at the same time filming their reunion special with Dr. Drew.

Gary has also suggested he may be moving away from Anderson soon, although not out of state, and will be taking Leah with him. It should be interesting to see how MTV handles the split and custody shift as they will almost have to shift a lot of their focus from “Teen Mom” Amber to “Teen Dad” Gary as he struggles with raising Leah.

And speaking of “Teen Dad,” be sure to tune in tonight (Sunday) at 9 EST on MTV for the Teen Dad Special with Dr. Drew featuring Ryan Edwards, Jo Rivera, Gary Shirley, Tyler Baltierra, Corey Simms, and Adam Lind! The show was recorded a few months ago so obviously we won’t get to hear Gary talk about the recent split (or Amber’s suicide attempt), but we should get to hear Corey Simms talk about his split from Leah Messer for the first time!

I got a date tonight. With a girl in Indy… Where to take her? @followevan @bdavis_31 @ErikDrummer69 give us a ride tonight On pedicab.

It sounds like it’s definitely Gary Time for somebody!

It’s the Food Network Star semifinals: Who will rejoin the competition?