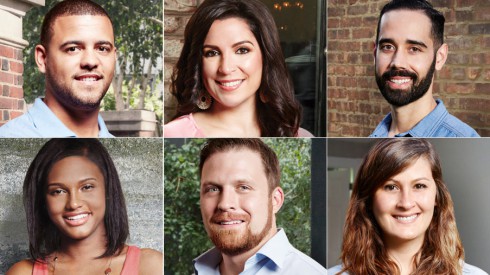 As we get ready for the new season of Married at First Sight, many of you may be wondering about the cast from season three.

But before we talk about the couples, we have to first address the blossoming bromance with Neil, David, and Tres.

By the looks of it, the guys hang out frequently. They often share pictures on social media attending events, celebrating birthdays, and bar hopping together.

Even though their marriages weren’t successful, we’re happy the guys made life-long friends in the process. 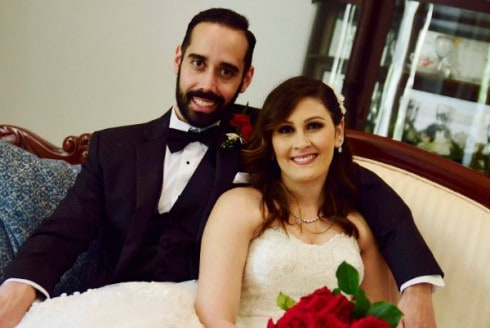 Fans of the show fell in love with the idea of Sam and Neil together #4eva. Their rollercoaster relationship went from awkward to loving to non-existent. Even though Neil asked for a divorce, fans held out hope that Sneil would someday rekindle their romance.

Today, it looks as though Sam and Neil are still in each others lives… as friends… we think…

Sam is active on social media but doesn’t reveal too many details about her personal life. She admitted that she’s still friends with Neil and called him a “pretty cool dude” when asked about him on Twitter.

Back in May, Sam shared a picture with Neil wishing him a happy birthday. You can clearly see Neil is wearing a ring on his left hand which immediately raised suspicion about the status of their relationship. 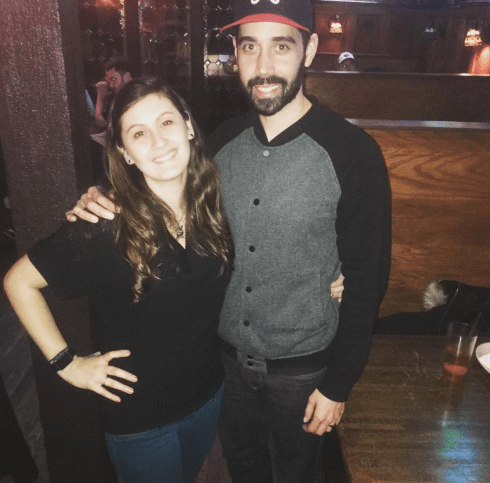 However, Neil was photographed wearing the exact same outfit at a viewing party for the season finale back in March.

We’re going to go out on a limb and guess that Sam’s birthday post was an old photo. #Bummer

As a way to keep her fans guessing, Sam posted another picture with the caption:

Professionally, Sam made the transition to a new company earlier this year. During the taping of MAFS, she was a branch manager for Sun Trust. According to LinkedIn, she is now Manager of Client Services for ADP, a human resource company.

Neil, on the other hand, has been pretty low-key when it comes to social media. His Instagram is private and almost all of his Tweets relate to MAFS.

It appears he’s still working his 9-5 as a Compliance Specialist at QualTex Laboratories, but little else is known about Neil post reality TV.

Back in May, he shared a pic with Sam celebrating his birthday.

One thing is certain, both Sam and Neil love to keep us guessing! 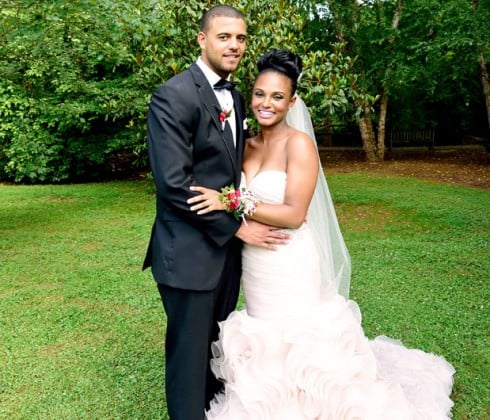 The future looked promising for Tres and Vanessa. After all, they were the only couple who agreed to stay married at the end of the experiment. Sadly, their happiness didn’t last, and the relationship was over soon after the show wrapped.

It was clear Vanessa was shaken up by split while Tres seemed anxious to rejoin the single world.

Today, Tres appears to be enjoying life to the fullest. He’s still selling luxury cars and, by the looks of it, is single. But that doesn’t mean he’s lonely.

Even though things didn’t work out with Vanessa, Tres says he’s happy to have gone through the experience. “I am forever grateful to Vanessa, The Experts, and everyone involved,” he said of his time on the show.

“The transformation that I have made as a man over the past year simply amazes me and I have this experience to thank for that,” Tres explained. “It is very unfortunate that it did not have the ending that we had all hoped for, but I don’t regret it for a minute. Looking forward to the next chapter in my life.” 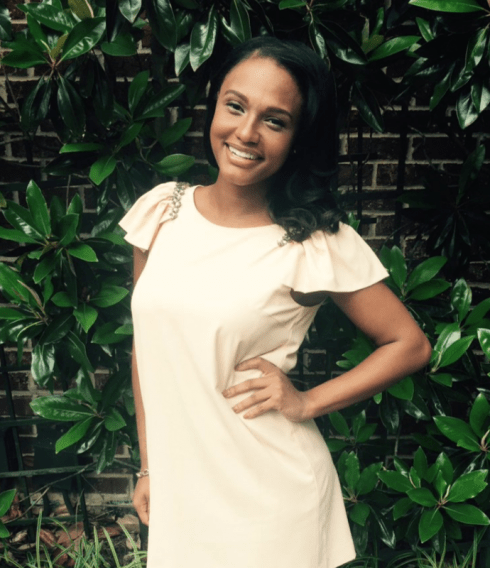 Vanessa is still looking for love. Last month, we announced that she will star alongside David in Married at Sight: Second Chances. The show will attempt to match Vanessa with another, more compatible partner.

Based on the format for the new show, we’re guessing Vanessa hasn’t found Mr. Right… at least not yet.

In the meantime, she founded She-Spark.com a “growing community for women who want to get inspired and get moving towards their best life.” The site focuses on career, health, and food. 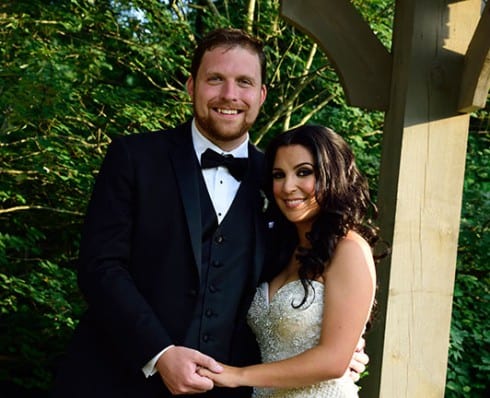 Let’s face it, their relationship was a train wreck from the start. Despite David’s best efforts to gain favor from Ashley, the couple just couldn’t make it work. No one was surprised when their marriage ended in divorce.

Today, David is preparing for his next stint on reality TV: Married at First Sight: Second Chances. Since the show is based on finding a lasting relationship, we’re going to assume David is currently single.

In the mean time, he’s enjoying life with his huge circle of friends…

What a great 4th of July week. From hanging out with my friend from childhood who was visiting Atlanta, to catching up with an old college friend in Denver, and getting to travel Wyoming and Colorado with this crew as we celebrated one of our friends getting married. What a 4th of July, can't wait to do it again next year. #marriedatfirstsight #zelmanandwife #redrocks #iona #amherst #murica #whooo #tootiredforanymorehashtags

I may not be a prince, but I found an almost princess! I had such a great time last night catching up with my good friend Kim, the winner from #Iwanttomarryharry ! #marriedatfirstsight @foxtv @fyi @aetv #spoileralert #hewasntreallyaprince #realitycrossover #Ilookbaldinthispicture #Imnot #yet #justbaldontheface #shavedthebeard #again #sorryimnotsorry

Always fun to be able to spend time with this one. To think, last year at this time I was married on @marriedatfirstsight_ and she was just about to be locked in a house on @cbs_bigbrother . What a difference a year makes. #marriedatfirstsight #bb17 #bb17shelli #realitycrossover #summernights #betterthanwinternights #theyshouldmakeashowwhereyougetmarriedandthenlockedinahouse #kidding #Iwatchedherontvwhileiwasbeingfilmed #mindblown #wegowayback #beforeweeverthoughteitheronofuswouldbeontv #craziness

Professionally, David still works in sales. He started a new job back in May as a Project Manager for N3, a sales firm that specializes in technology, software and manufacturing.

Since appearing on Married at First Sight, Ashley has completely distanced herself from the show. Her social media accounts are private with the exception of a sparse Twitter page. She doesn’t follow anyone associated with the show besides Jaclyn and Jessica from season 2. 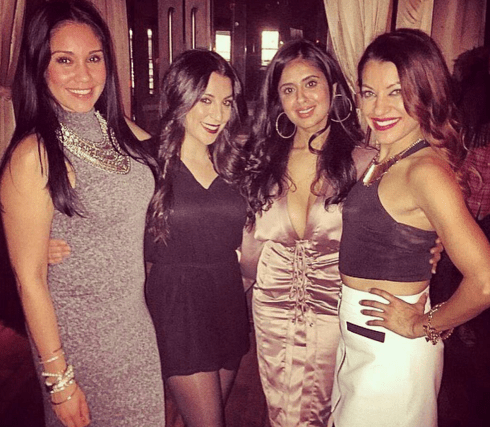 It’s no secret Ashley struggled to connect with David during their marriage. She came across as cold and unwelcoming while David was portrayed as lovable and willing to do anything to make his marriage work. As a result, fans of the show berated Ashley and even threatened her life.

When you consider the public scrutiny she endured, it’s easy to understand why she’s reluctant to share her life with strangers.

Ashley is still in enrolled as a nursing student and is set to graduate in 2017.

When the show aired, many assumed that Ashley was getting a late start in her education because she was still taking classes as a 30-year-old. However, you may be surprised to learn Ashley earned a B.S. in Psychology as well as a Master of Social Work before starting nursing school.

Here’s a sneak peek of the new season of Married at First Sight premiering tonight!

And if you’re curious about the cast from season 2, be sure to check out our previous “Where are they now?” post by clicking here!

Don’t forget to catch new episodes of Married at First Sight when it airs on Tuesdays at 8/7c FYI.

Hilary Duff says she would do a Lizzie McGuire reunion — where is the cast now?