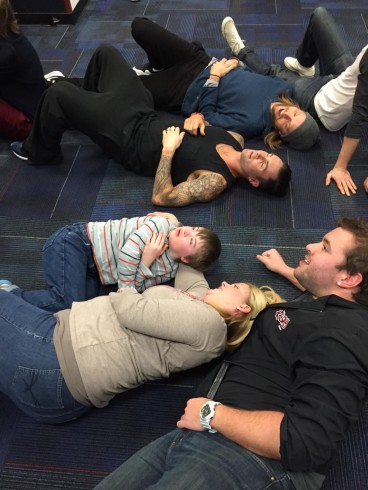 When 10-year-old Christopher Warner, who has Down syndrome, met his favorite band Maroon 5, it was too much for him. When he had a panic attack from the overwhelming awesomeness, the band joined in on the floor to rest it out.

Warner scored some great tickets to a D.C. show that included some backstage passes after he made this video about the band:

His teacher put the video up on Youtube, and local radio station Hot 99.5 got him hooked up for the concert.

VIDEO Bride’s dress stolen on her wedding day, but 911 operator saves the day