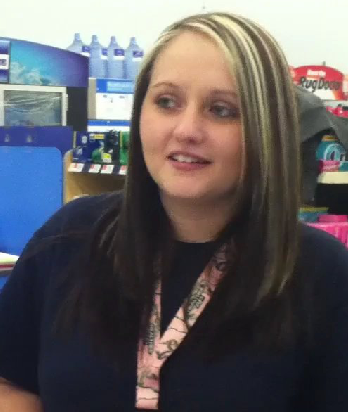 A few weeks ago a Walmart customer at a Logan, West Virginia store recorded their cashier singing just as beautifully as Dolly Parton. They uploaded the amazing video to Facebook, but then accidentally deleted it. Not content to just let it go, they went back to the Walmart to re-record the singing sensation.

Here’s the link to the original video, which they titled, “Some girl at Logan Walmart who can sing awesome love it!!”

WOWK 13 News tracked down the singer, 21-year-old Kayla Slone after the Facebook posting went viral. Kayla says she now has people coming through her line asking for an autograph, and she’s often performing for her customers. Her co-workers have always been her biggest fans pre-internet fame, often make requests to Kayla for songs originally recorded by Dolly, Reba McEntire, and Loretta Lynn.

I think it’s time for Kayla to bust out of West Virginia and lay down some tracks in Nashville. The music industry needs a Kayla Slone right now. 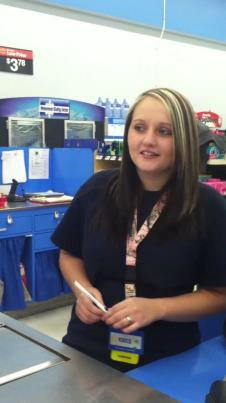 VIDEO Is Alana Lee’s “Butterflies” the next breakout hit for Ark Music Factory?