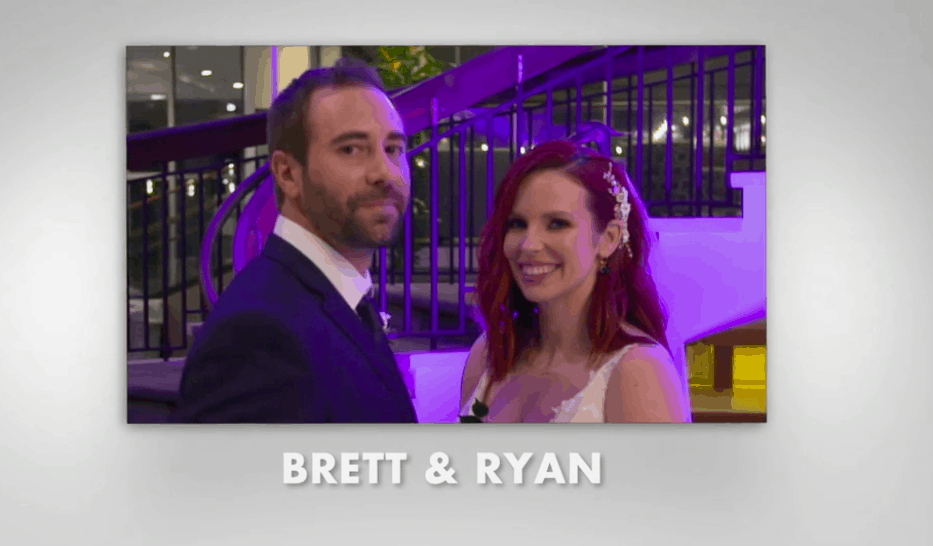 Of the couples of Married at First Sight‘s 13th Season, Brett and Ryan Ignasiak are among those clicking the least after their blind wedding. Ryan is very quiet, and is open to the cameras about his disappointment in things like her hair color and other things about her looks. He’s also so annoyed by her anxieties that he says he would have broken it off with a girlfriend who was as afraid of flying as Brett is.

Despite their lack of chemistry and common interests and politics, Brett seems optimistic about their marriage and Ryan has discussed having children with her before solidifying some of the other more important things about a longterm relationship. One thing they haven’t discussed much is their expectations about married finances and career. What do they do for a living?

Just at a surface glance, Ryan seems to be in a much higher pay bracket than Brett.

Brett, who’s described as “Ms. Hopelessly Devoted” has not had an intimate relationship in two years, and has felt burned in past relationships. She was born in New Jersey, but came to Houston, Texas as as child.

She works as a teacher and volleyball couch. According to Salary.com, a public school teacher in Houston, TX can expect to make between $42-$78k a year, with a median at $60k.

Ryan is assigned the label “The Reformed Serial Dater” and says he’s ready to settle down and be a dad after dating over 50 people in the Houston area. He was born in the small town of Bellville, TX but has lived and worked in Houston, TX for the past 8 years.

He’s been working at Capital Star Oil & Gas for the past 8 years where he does work in Regulatory & Safety Manager/ Well Work and Completions and Permitting. Before that he worked for 4.5 years at Exxon Mobile as an Operations Tech.

He has a Bachelor’s degree in Business Administration and Management from Texas Lutheran University.

Because the oil and gas industry is very lucrative, Ryan could possibly be making a high salary. Glassdoor.com reports that the lowest salary for a Houston area Completion Engineer is $94k per year, but could go up to $222k. Ryan isn’t listed as an engineer, but he has a lot of experience, and works in at least two different departments at his job.

SPOILERS Are the couples from Married at First Sight’s second season still together?