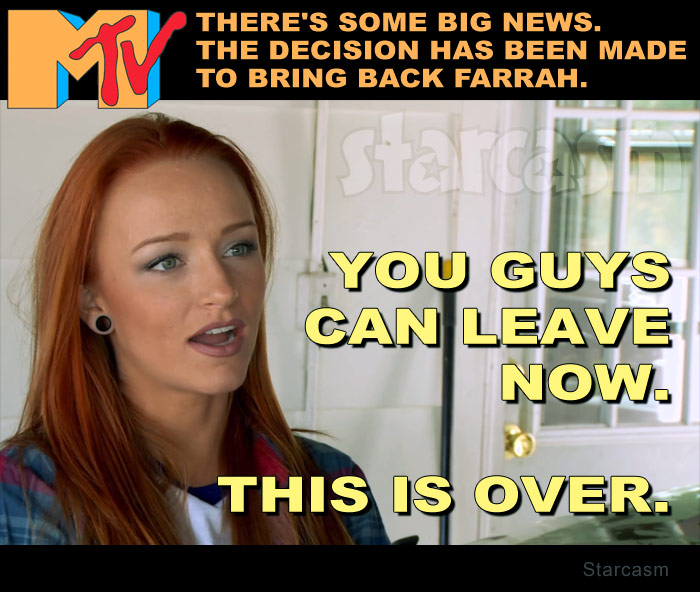 We knew that Farrah Abraham’s belated inclusion on Teen Mom OG caused some drama with co-stars Amber Portwood, Maci Bookout and Catelynn Lowell. Now, in a new Teen Mom OG trailer, we really get to see how the other girls reacted to the unwelcome news.

“You’re lying,” a less-than-amused Maci said when producers broke the news. She then seemed to confirm reports that she doesn’t want to be on the show if Farrah’s involved. “You guys can leave now. This is over.”

Before that bombshell announcement, there seemed to be more than enough going on in Amber, Catelynn and Maci’s lives: Catelynn and fiancé Tyler Baltierra’s big news was filmed last summer when the pair told Tyler’s mom, Kim, that she was going to be a grandma again. After trying to take the news in, Kim had to ask “I’m sorry, what?”

The clip also features Amber’s boyfriend Matt Baier for the first time… Although it also seems to confirm that we should be calling him her fiancé! 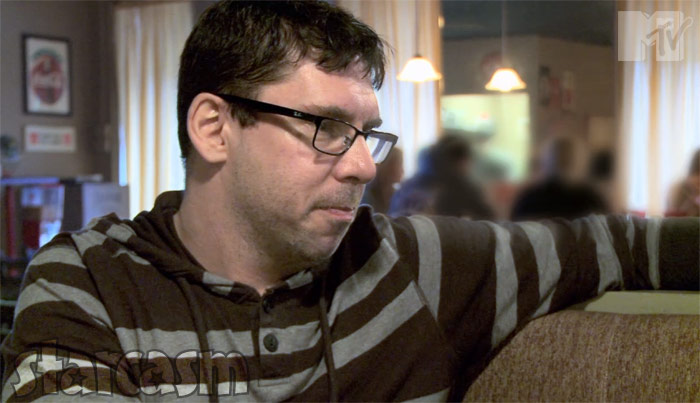 “I want you to marry me,” Matt said as the video cut to an engagement ring.

Then there’s Maci and boyfriend Taylor McKinney, who nonchalantly told the production crew that they’re having a baby — to the great surprise of everyone in the room.

Of course, the ladies’ lives weren’t without drama. In the clip, we see Amber getting into it with ex Gary Shirley about how he’s having a new baby. Maci also conflicted with ex Ryan Edwards and accused him of ignoring their son, Bentley. And then there’s Farrah, who stormed out of the room to the confusion of Sophia, who observed, “I thought she was happy and then she’s crying.”