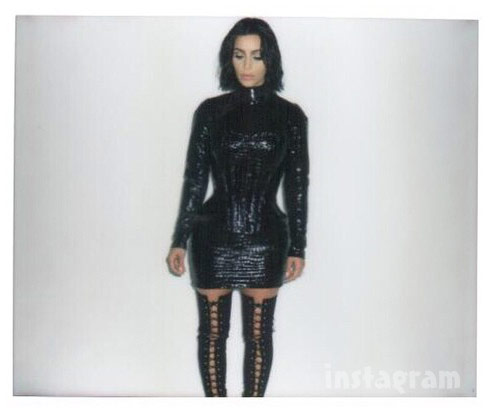 On tonight’s episode of Keeping Up with the Kardashian‘s fans get to go behind the scenes of a Kim Kardashian photo shoot for Hype energy drinks in which Kim dons a variety of looks, including a 50 Shades of Grey worthy black leather (latex?) bondage mini dress, and an homage to Audrey Hepburn, complete with tight bangs and a bicycle!

Kim Kardashian posted the photo above of herself in a tight figure-enhancing black leather dress and captioned it with simply the #KUWTK hashtag. She also shared this next tryptic showing the dangerously curvy look from multiple angles and dropped in a plug for tonight’s episode, “Tune into Keeping Up With the Kardashians tonight 9/8pm c on E! & see looks from my Hype Energy Drink shoot.” 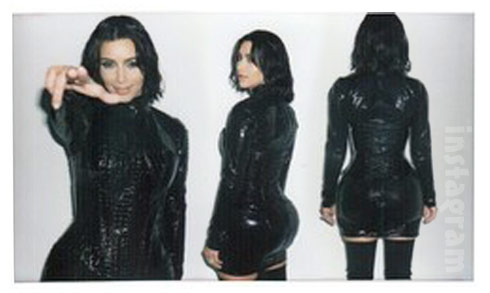 In addition to the Kim Karhourglasshian look above, Kim also added a splash of color in a cleavage-revealing leotard look, and paired it with some rather fierce corn rows! 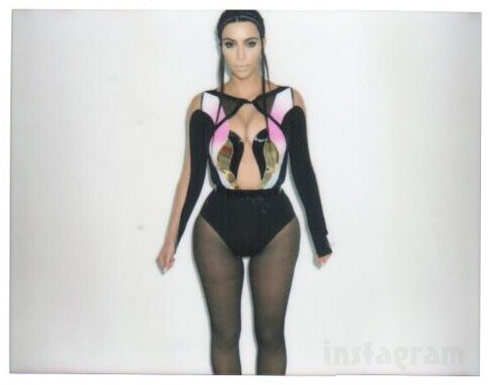 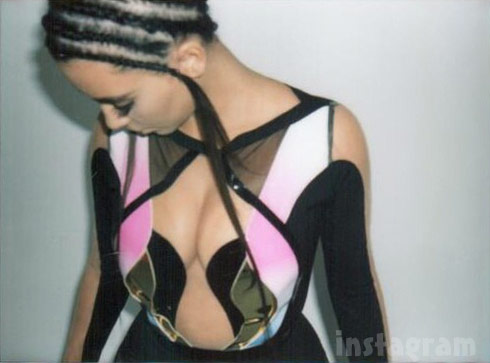 “Had so many cool looks for this commercial I shot for Hype Energy USA,” Kim wrote along with the photos. “On tonight’s episode of KUWTK u will see some,” she added.

Kim’s mom, Kris Jenner, uploaded a brief video preview from the shoot in which Kim talks a little about the different outfits she will be modeling:

As far as the Kim Kardashian Aubrey Hepburn homage, here’s a video report with lots of photos:

I tried to find the finished Hype energy drink commercial featuring Kim Kardashian from the shoot, but had no luck. I’m hoping they are planning to release it when the episode airs, assuming there is one. Until then, here are some still photos from their most recent campaign with Kim in which she looks AMAZING as usual. 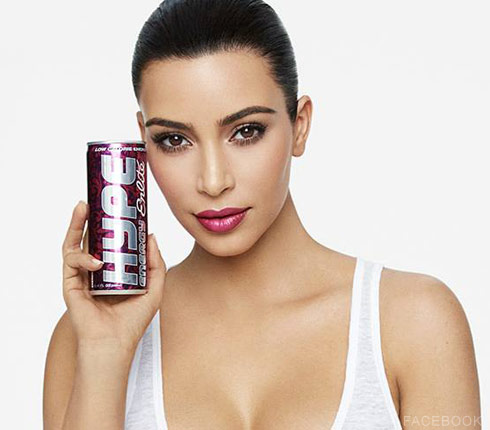 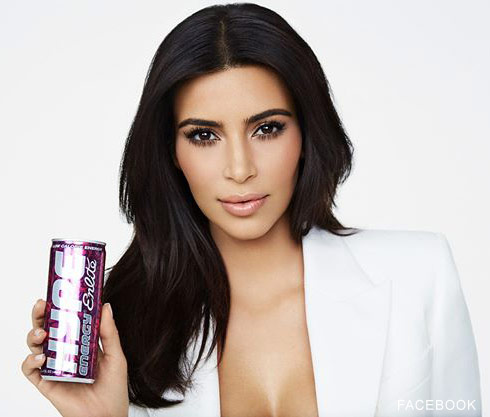 Yeah, I think I’m literally buying the Hype! Like, I’m heading out the door right now…

Tune in to Keeping Up with the Kardashians at 8/7c to see more (and possibly less!) of Kim, and get more info on Hype energy drinks via their website and Facebook page!

Solange Knowles’ shaved head – Love it or hate it?