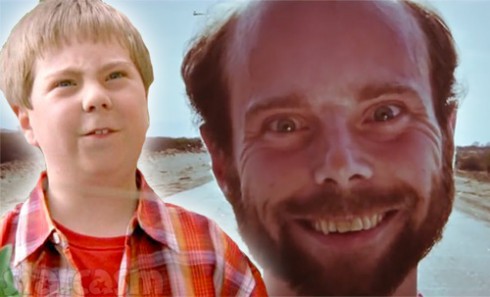 These days, Steven Antony Lawrence is primarily known for two things: Playing Beans on Disney Channel’s Even Stevens and, unfortunately, being the butt of the joke when Tyler the Creator used a current picture of Steven for his Twitter profile. Really, though, the former child star seems to be better adjusted than most…

“What I’m doing now is actually teaching mainly. I get a really big kick out of it. I’ve done a bunch of seminars at USC, I’ve done one at Berkeley, one at Pepperdine and a couple here at the high schools here in town in LA,” Steven, now 24, told Huffington Post Entertainment. “I love it. The kids are great. It’s almost like working the stage. It’s instant gratification when something clicks for a student.”

Steven also continues to act, with roles in Kicking and Screaming, Rebound and a handful of commercials. Still, he said he’s best recognized for the role he last played 12 years ago.

“It’s really weird. I feel like I’ve changed so much when I look in the mirror. I don’t know how people even barely recognize me,” he said. “But I’ll be walking down the street and people drive by for two seconds and automatically they’ll go, ‘Oh, my God! You’re Beans! Ahhh!’ God, even I would have to at least do a double-take.” 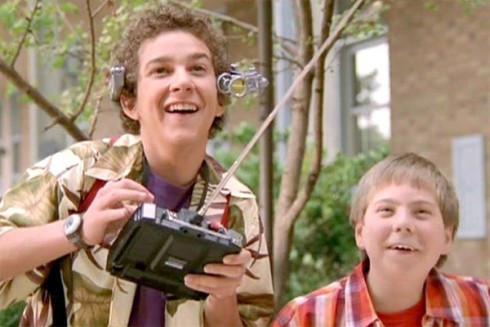 Of course, Steven isn’t quite as recognizable as former co-star Shia LaBeouf, who’s earned a mix of fame and notoriety since the show ended. However, Steven said he only had positive experiences working with Shia.

“I remember one year the first original Xbox came out. And, you know, money was a little tight that year. So Shia took it upon himself to buy me one,” Steven said. “That’s the kind of stuff Shia does. He has the biggest heart in the world, and he’s a big goofball. Always has been. But the guy’s heart is huge.”

He also has fond memories of working with the rest of the cast.

“It was like a family. You know, you see the same people twelve hours a day, five days a week, for years. You’re gonna get a little close to people, you know. It was really, really sad when the show ended,” he said. “I keep in touch with most of the people, of course.”

One thing he surprisingly doesn’t have fond memories of? All the bacon he had to eat!

“It was the last day of the first week of my first episode, and one of the writers came up to me and said, ‘Hey, Steven, by chance do you like bacon?’ And I was like, ‘Yeah, I like bacon. You know, I like it as much as the next guy.’ They’re like, ‘Okay, cool.’ So after that, yeah, it was just bacon, bacon, bacon, ad nauseam,” he explained of how the running bit came to be. “Like, I honestly couldn’t eat it for two years after the show ended just because of how much I ate it.”

However, he doesn’t think Beans would have ever tired of bacon — and probably would have found a way to make a career out of that passion.

“I think he’d still be with Louis somewhere. I think he would’ve figured out a way to leave with him,” he said. “He’d obviously be a bacon chef of some type. Oh, no! You know those Beggin’ Strips? With the dog who’s like, ‘It’s bacon!’ Yeah, he’d be doing the commercials for Beggin’ Strips, obviously.”

For more on Steven’s interview, check out Huffington Post.

PHOTOS Degrassi reunion! Drake meets up with former costars – see what the rest are up to now

Where Are They Now? CHRIS BROWN