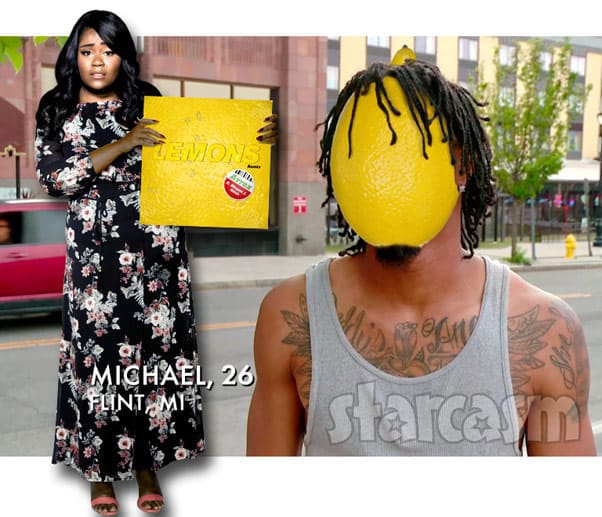 We previously shared a post about Love After Lockup: Life After Lockup star Megan Nash changing her career on the show to “singer,” including a brief clip of Megan covering the Beyoncé son “Sandcastles.” In our post, we revealed that Megan had signed with Saac Entertainment and added: “Prior to bringing Megan on board, the company’s sole client was a rapper named Avrex. My guess is that we might be seeing a new Avrex track ‘featuring’ Megan soon?”

It turns out our prediction was 100% accurate! Late last week, Avrex released his new single “Lemons” and it features Megan.

“Sun down, wind chimes. Break it down, one line a line. Can’t no see me, no flex be kind.” 💕 New single, Lemons by @avrexhiphop feat moi! dropping tonight at midnight!!! Make sure y’all go check it out! #lemons #saacent #firstsingle #lifeafterlockup #wetv

And here’s the song, which includes Megan handling the chorus, as well as a verse about her experience on Love After Lockup:

In her verse, Megan references Michael, Sarah, and fans of the show calling her out on social media. Here’s my attempt at transcribing the lyrics, though there may be a few errors:

Loved him after lockup
Yeah I held him down
And Imma make it swelter now
Yeah, it’s time to melt ’em now
They call me homewrecker
Turn me to a hoe checker
Chick, don’t worry ’bout me
Get your home together

Prior to releasing the single, and after our post about WE tv changing her job to “singer” on the new season, Megan shared another clip of herself singing on Instagram along with a peek at her vocal resume:

Before Megan drops an aria I think EVERYONE can agree that she needs to drop her lockup love lemon Michael. She’s pretty much squeezed that lemon dry, amirite?

To see how the love triangle plays out, be sure to tune in for new episodes of Love After Lockup: Life After Lockup airing Friday nights at 9/8c on WE tv.

LOVE AFTER LOCKUP Are James and Alla still together? How long is her current prison sentence?