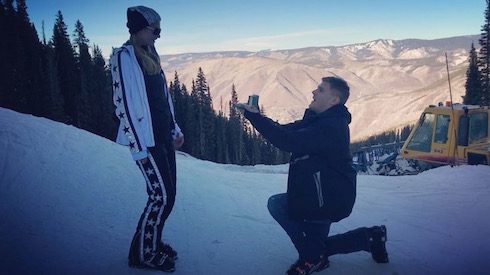 DLISTED – Taylor Swift jacked up the ticket prices for the Reputation tour and is having a harder time selling them than she did for the 1989 tour, but her “Verified Fan” program is probably more than making up the difference in revenue. So, here’s to greed

REALITY TEA – Enjoy this photo gallery featuring what a whole bunch of reality stars, from the casts of Vanderpump Rules to Dancing With The Stars to just about every Real Housewife, were doing on New Year’s Eve

CELEBITCHY – Carrie Underwood just disclosed that she needed 40 stitches to her face after suffering a bad fall outside her home last November, and her fans are freaking out

JEZEBEL – Take a breath: Chocolate is probably not actually going to go extinct in the next 50 years, even with climate change denial leading the way

THE BLEMISH – This poor bastard gave the whitest possible pronunciation of “Gangsta” and lost a bunch of money on Jeopardy! as a result

THE SUPERFICIAL – Paris Hilton’s boyfrield Chris Zylka proposed to her with a $2 million, 20-karat engagement ring…while they were standing on the shady side of a ski resort. Here’s a tip for anyone out there, rich or otherwise, thinking about getting married: Break out the engagement ring in a place where light will actually shine on it

UPROXX – Christian Bale’s response to Ben Affleck’s version of Batman — he hasn’t seen it, and he thought his son wanted to see it, “but then I realized he just wanted to see the trailer and that was it” — has me wanting to check the burn center closest to Affleck’s home