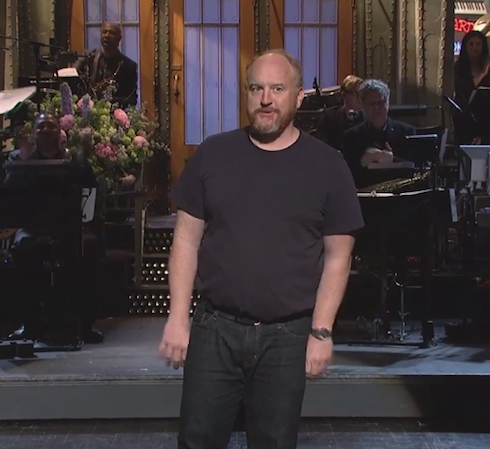 Two years ago, comedian Jen Kirkman insinuated that Louis CK had done something sexual in front of her without her consent. Kirkman explained that she turned down an offer to go on tour with the unnamed comedian because she was worried she’d “be getting more of the same weird treatment” from him. She never mentioned CK’s name–or that of anyone else–but the details she included left little doubt about who she meant.

A few weeks later, Kirkman clarified that she “never was sexually abused,” and that “All of the people that I spoke about anonymously…are still friends of mine, and I’m fine with them and they’re fine with me.” However, she didn’t recant what amounted to the first of the Louis CK sexual misconduct allegations, reminding her audience that “They know all they stuff they did that bothered me.”

Now, those allegations have been given new life thanks to new interview with Louis’ former associate Tig Notaro. Her 2012 special Live–which she famously recorded the same day she’d been diagnosed with breast cancer–was first released on Louis’ web site, and One Mississippi, her TV show, lists CK as an executive producer. Notaro, like Kirkman, refused to describe exactly what happened between the two of them, saying only that there had been “an incident” before One Mississippi went into production. What she did say, though, paints an ugly picture. From the Daily Beast:

I think it’s important to take care of [those allegations], to handle that, because it’s serious to be assaulted. It’s serious to be harassed. It’s serious, it’s serious, it’s serious. And that’s what we want to do with this show. [NOTE: A major plot point in the second season of One Mississippi is the sexual assault of Stephanie Allynne, who plays Notaro’s love interest on the show and to whom Notaro is married in real life.] We of course want to create comedy, but we also really, really feel like we have the opportunity to do something with One Mississippi, because it does not stop. And, you know, I walk around doing shows at comedy clubs and you just hear from people left and right of what some big-shot comedian or person has done. People just excuse it….It’s an ongoing issue and in the writers’ room we were very open about the different levels of harassment or assault that we’ve witnessed or experienced. I think it’s despicable what people in power, or any people, when they do this.

The only other high-profile comedian to mention any Louis CK sexual misconduct allegations since Kirkman’s implication was Roseanne Barr, in a separate Daily Beast interview last year. Barr said she didn’t “have first-hand knowledge” of anything specific, but that stories about CK–and about other male comedians–were widespread among females in the business. “It’s Louis C.K., locking the door and masturbating in front of women comics and writers,” Barr said. “I can’t tell you—I’ve heard so many stories. Not just him, but a lot of them. And it’s just par for the course. It’s just shit women have to put up with.”

Reps for Louis CK did not respond to Barr’s allegations from last year, and they have yet to respond to Notaro’s this week.