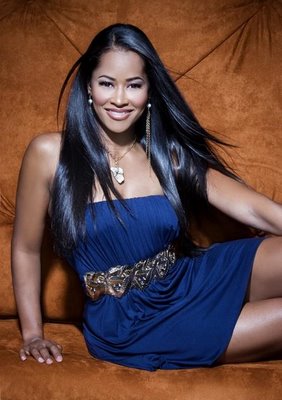 UPDATE: As of August, 2011 Lisa Wu Hartwell and husband Ed Hartwell separated! So sad! They seemed to be really into each other, and trying very hard to have another baby.

TMZ is reporting that Lisa Wu Hartwell and her husband Ed Hartwell’s home in Atlanta, Georgia has been foreclosed on. In 2007 the couple paid $2.9 million for the McMansion, which has been featured on The Real Housewives of Atlanta show on BRAVO, and the bank sold it for $1.9 million.

They have been in the process of restructuring their mortgage since the value went down, but that didn’t work out.

Despite all the talk on the ‘net, Lisa Wu explained to Essence (via I’m Not Obsessed) that they planned this move because of the bad housing market, and are doing just fine.

“People read and believe what they want. Ed and I are doing fine and our children are fine.”

“We are not ignorant about the state of the economy, but we chose to move, we were not evicted. We ‘ve been settled in our home for two months now and we’ve owned it for five years, as well as other properties. We planned to build on that 10 acres of land and sell the property, but decided against it when the market went bad and I’m glad we didn’t. It’s just quite silly that there are reports that we were put out as if it weren’t our decision to relocate. Our decision to downsize is what I call being [financially] responsible.”