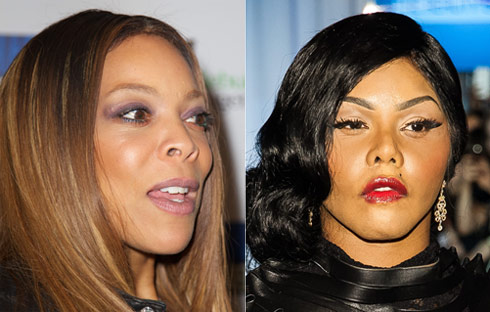 A teaser was posted to Wendy Williams’ Twitter account yesterday linking to a video in which the talk show host discussed rapper Lil’ Kim’s “dramatic new look.” Lil’ was tagged in the tweet and let’s just say it certainly caught her attention.

During the “Hot Topics” segment from Wendy’s show, she rolled out the following photo of Kim which drew a gasp from the audience. Williams followed up by saying, “See, take the pin and pop her, she’ll fly right back to Jersey.” 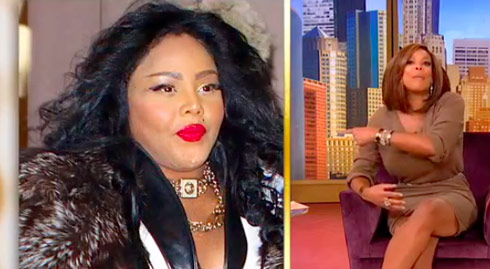 Wendy went on to discuss how Lil’ Kim is upset, believing that the image was doctored. The host sort of came to her defense by arguing that the photographer arguably caught her in an unflattering moment with bad lighting. Williams concluded by telling Lil’ Kim not to blame photoshopping but to blame her plastic surgeon.

Here’s how the multi-platinum artist responded to the critique:

So far Williams has not responded… This isn’t Lil’ Kim’s first beef with the former on-air radio personality as she expressed pretty much the same sentiment as above in her song “Shut Up Bi**h” back in 2005. “Don’t come around here with that Wendy Williams s**t, get your facts straight or shut up b**ch.”